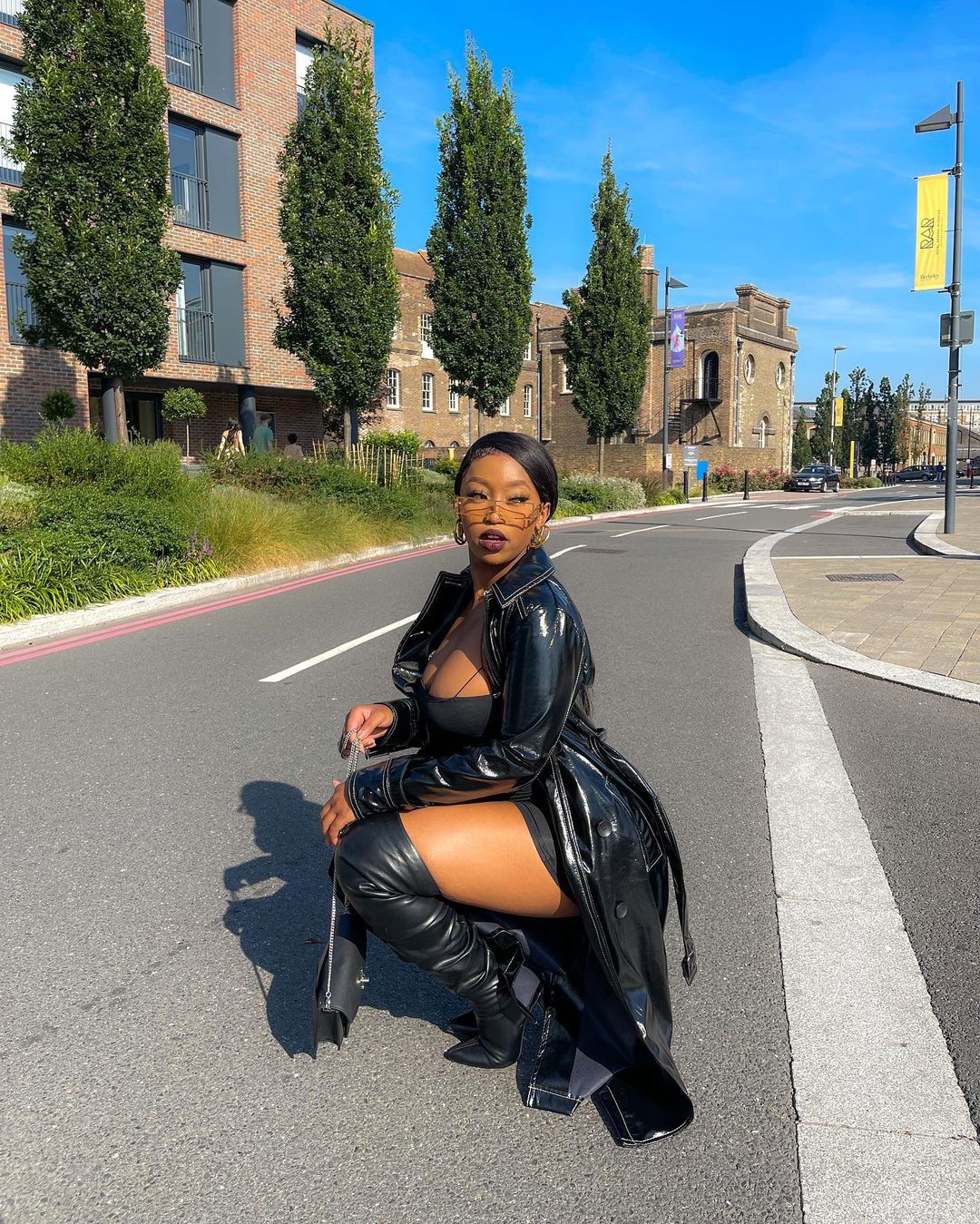 There has been a rumour going on about a possible romance between Kamo Mphela and Canadian superstar Drake.

Mzansi began to suspect after Cassper revealed on the Venom and Banques show on YFM that Drake probably has the hots from Kamo. Mufasa also revealed that Tory Lanez also follows the dancer on social media.

“I was even talking to Kamo Mphela the other day I said ‘You sleeping on yourself, do you know who you are?’ I’m like ‘Do you know that Drake and Tory Lanez talk to each other and say “I wanna f*** this girl?” Like I’m telling you.’ Right now the American rappers are probably looking at Kamo Mphela and are like ‘yooohh,” said the rapper.

Following this, Kamo, who is currently on tour in London, tweeted that she needs to speak to Drizzy and now she has revealed that Drake is also in London. Some tweeps took to the comment section to imply that the two are already in a relationship.

Mphela gained popularity through her feature on the popular Jobe song. Surprisingly, she didn’t make any cent from the record. She revealed this during an interview with Mac G.

“People trying to get you to sign contracts so that they can hold you down. I went through a couple of songs where I didn’t get any money from them. Jobe is one of those. Jr wanted to sign me for three years. There was a bit of drama when I didn’t want to sign the contract. That’s why I’m not even on the Jobe music video.”

“I never signed to Major League. It’s just an association signing. I’m signed to myself. I met Major League at Moja Cafe when they were performing. That was there the first time they saw me. They asked me to come into the studio and started doing gigs with them,” she said about their affiliation.
The rising star believes that it is easy to get to the top but staying there is the biggest challenge.

“Cassper is still the biggest artist but he still has to convince people that he is the best. I don’t want to go through that. There’s only so much you can do in your own country. Fill Up was the biggest so what’s next? It’s easy to get to the top but it’s hard to stay there.”