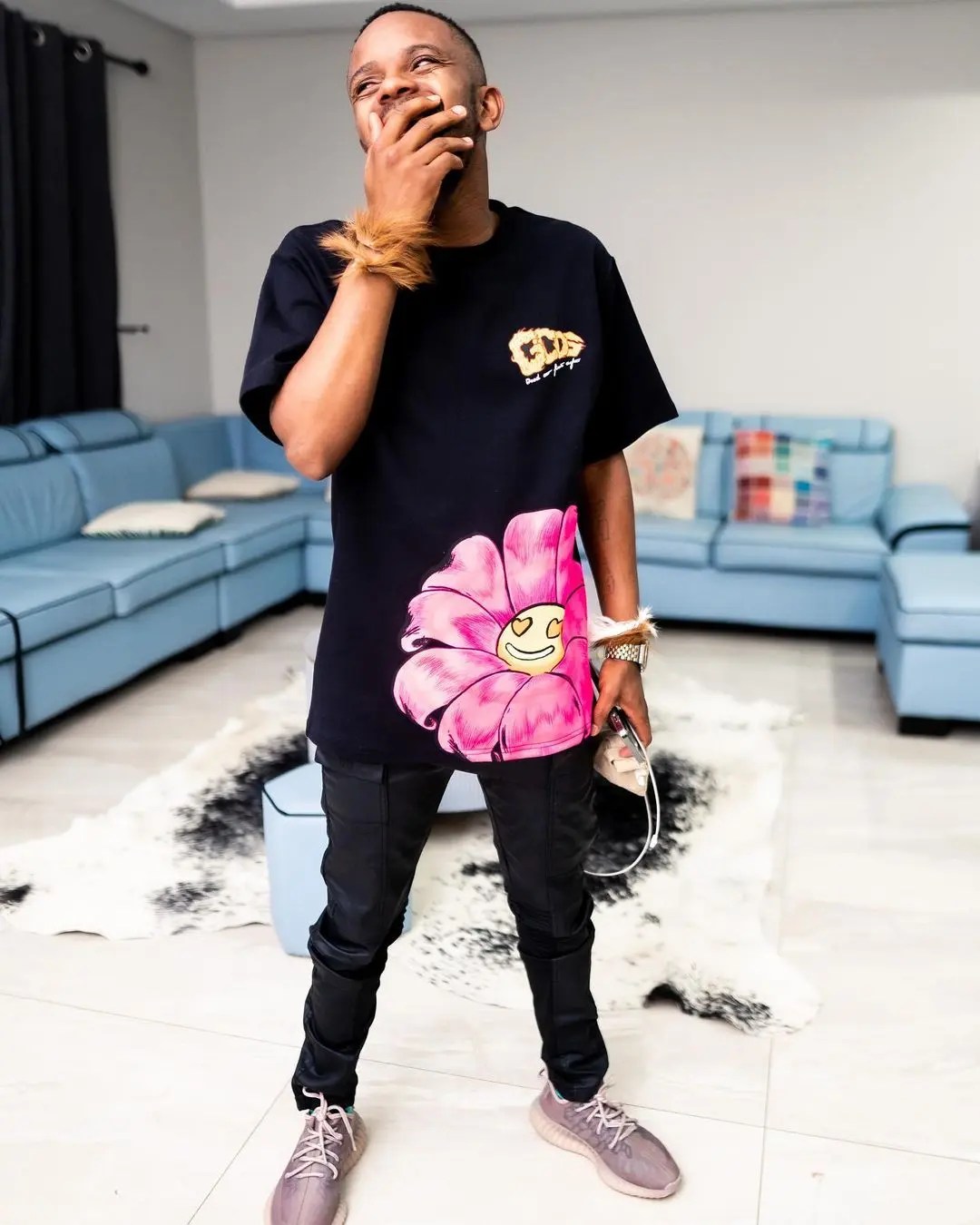 If you have seen pictures of Kabza De Small, real name Kabelo Motha, wearing a traditional wrist band called Isiphandla in his recent pictures, and wondered what they are for – then you will be glad to know the star is letting all the other women know that he is taken.

The publication reported that Kabza got on one knee in September. A close source to the couple said Kamogelo does not want to be posted on his social media pages and would like to remain lowkey. Apparently his family also advised him to not post or talk about the traditional ceremonies.

“He has been wearing two iziphandla on his wrists since the end of last month. He is not posting his wife because that’s something they agreed on. Kamo, on the other hand, posted a picture of herself in traditional attire and tagged him…Kamo has also always kept a low profile and because of the pressure that comes with being in the public eye, the couple has decided to keep this private,” the source was quoted as saying.

What a heart warming way to close off this year as his 2020 ended on a very sad note. Kabza apparently lost his baby a few days before Christmas and was also days away from their first birthday.

On the other hand, his very good friend DJ Maphorisa might have also found love at the hands of Thuli Phongolo. The two tried to keep things under wraps for a while now, but the chemistry just seems to real to ignore. Their fans got even more convinced that the pair are dating when videos of them looking all lovey dovey went viral.

Just recently, they played at a gig together for the first time at Jojo Rooftop Lounge in Maboneng. All 10K of her Instagram followers tuned in and anticipated that Thuli would be all over Phori and twerking on him. However she doubled down on the theatrics and acted professional.

Was this a way of letting people know that there is nothing going on between them?

A day before the videos went viral, Thuli tweeted, “Everyday I think I’m ready to date but then everyday I’m not ready… because wow, amadoda!” But she poured cold water to claims that she is dating Phori.

She might be looking for love but not from SA men, “The happiness and peace I’m experiencing right now! My life journey is heading towards my desired direction. I’m so spiritually aligned. My loved ones fulfill me. My work is in order. I’m gradually dealing with mishaps with a sense of calmness. I’m genuinely enjoying life. Grateful! In terms of love, I don’t think I’ll win in S.A she said on IG months back. unless a miracle happens but ke angifuni shame. Ha ke batle, immediately no.”