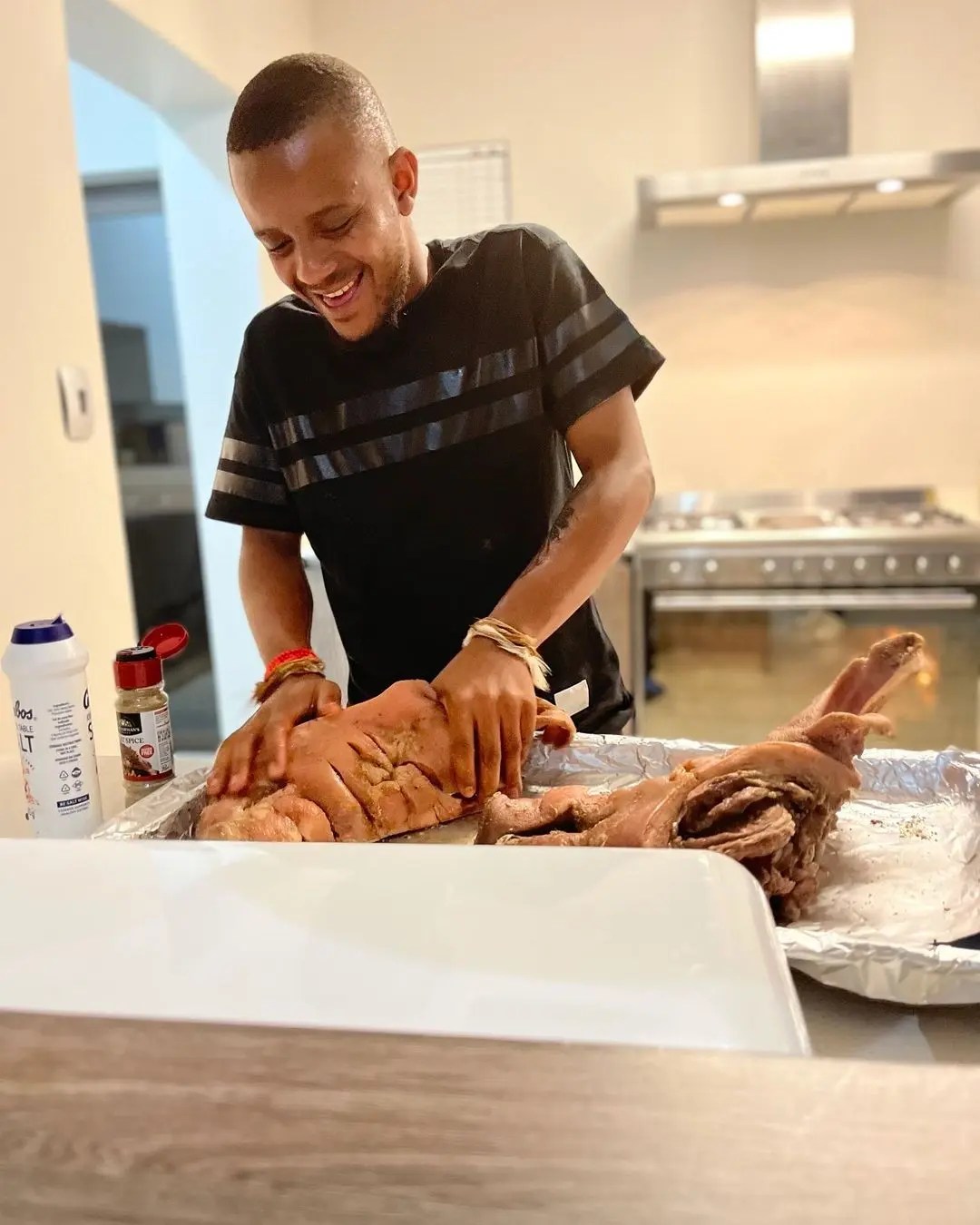 Kabza De Small shows off his cooking skill in the kitchen which has amassed him quite a number of hype from friends and fans.

Young Stunna appears to be in the kitchen with the music producer who is seen marinating the meat he wants to cook.

The King of Amapiano is known to be the hottest amapiano music producer in SA, and many who jumped on the post assumed the meat he cooked will be fire.