K.O not bothered by Nota as he celebrates SETE milestone

K.O not bothered by Nota as he celebrates SETE milestone 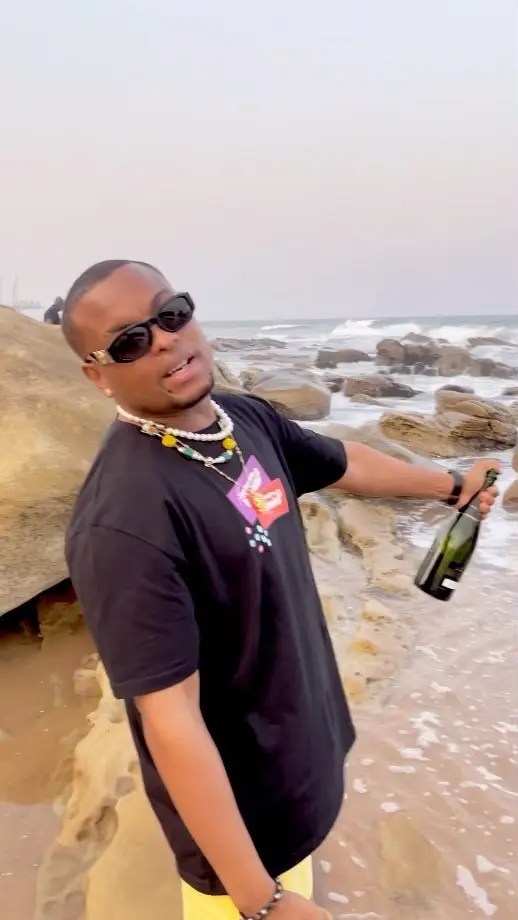 Rapper K.O seems to have become the Zakes Bantwini of 2022. He released his hit single Sete featuring Young Stunna and Blxckie. A mid-tempo, Afro-beat but done in a South African twist hit, which currently sits as the biggest song in South Africa.

As such, it comes as a surprise that there would be anyone who would hate on such a hit single. But in comes now controversial Twitter account and alleged menace to our South African police system Nhlamulo “Nota” Baloyi. While he might have initially suggested to have loved the song, it did not take long for him to change his tune in recent tweets.

Before the release of K.O’s much anticipated album SR3. Nota was all compliments when it comes to Sete and the manner in which the song had earned mileage on radio and on the charts without much promotional push from K.O and his team. A fact which suggested that Nota might have calmed down a little from his insistent rants about how ungrateful rappers “he helped from when he was four years old” never give him his flowers.

But it seems upon hearing SR3, Nota quickly changed his tune in terms of what K.O is and how original and new his music sounds. For those that have listened to the album attribute it to the track titled STAPURA featuring Sjava. On the track, K.O is less than complimentary as he suggests that Nota is a little d*ck.

Nota was praising #SR3 then he heard ukuthi K.O called him Mdidi then he changes his mind now ? K.O knows how to press these niggas 😂😂😂😂😂

Seems like Nota got in his feelings as he launched a series of tweets going in at K.O. Basically, Nota made it clear that he believes that Sete was a fluke and the rest of the album was weak as it failed to make an impact a day after its release.

If I never hear Sarkodie rapping again, it’ll be too soon… This KO album could’ve been a classic but he’s to attached to the Skhanda shadow. Decent work though. Mass Country will have a mountain to climb topping this!

While Nota might be in his feelings about K.O and his new album release. K.O is all positivity and celebrations following the release of his album and the ongoing success of Sete. While it can be argued that SR3 currently does not have the buzz which was meant to support its release. This is as the only song that has made an impact is STAPURA featuring Sjava.

However, even with the kudos the song has been getting is based on the fact that it is reminiscent of his old music rather than of a current K.O. But his shining star remains Sete. Earlier this week, K.O had released a video sharing all the milestones the song has reached in the three weeks and counting since it has been released.

A new milestone the song has reached is that it has surpassed 3 million views on YouTube. Blxckie, whose verse on the song has sometimes received shade from trolls, was the first to celebrate the milestone. K.O also took to his socials to share a video of himself in Cape Town with his entourage enjoying his current moment as South Africa’s biggest rapper of the moment.

SETE at 3M views on youtube. big ass platinum plaque bout to be delivered. heres the most hated verse😂🫵 pic.twitter.com/0ulgoXhCMs