#JusticeForNokukhanya: Woman stabbed 17 times, raped and killed by her boyfriend after she dumped him

#JusticeForNokukhanya: Woman stabbed 17 times, raped and killed by her boyfriend after she dumped him 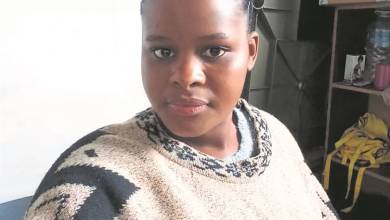 The Masango family desperately wants justice for Nokukhanya (30), who was raped and stabbed 17 times allegedly by her lover on Wednesday, 1 September.

Her body was found in the garden of her home in Ekubuseni Village in Nongoma, northern KZN. Her brother Nkanyiso (28) said they lived alone as their parents had died, but he was not home during the incident.

“It pains me that I didn’t see any signs my sister’s life was in danger. I was told by her friends that she was allegedly killed because she dumped this cruel animal.

“The other day, he called and insulted her. But I thought they were just being a couple and will resolve the issue,” he said.

Nkanyiso said he and his sister had a close relationship, but he didn’t want to interfere in her love life as she was older than him.

“If I heard correctly, this man has allegedly been planning to do this for a very long time, but failed because we were home.

“So he waited for the day he would find my sister alone. He even stole my sister’s R5 000 on the day of the incident.”

He said his sister didn’t deserve to die like a dog and they wanted the suspect to rot in jail.

Mayor Albert Mncwango said it was worrying that gender-based violence was growing in Nongoma. He said this was the third incident in a month.

“We are facing alcohol abuse in Nongoma and believe it is a contributing factor.”

Captain Nqobile Gwala said Nongoma police were investigating a murder and rape charge. “The body of a 30-year-old woman was allegedly found in the Ekubuseni area with multiple stab wounds. A 38-year-old suspect was arrested on Friday, 3 September.

“He’ll appear in the Nongoma Magistrates Court on Monday, 6 September.”