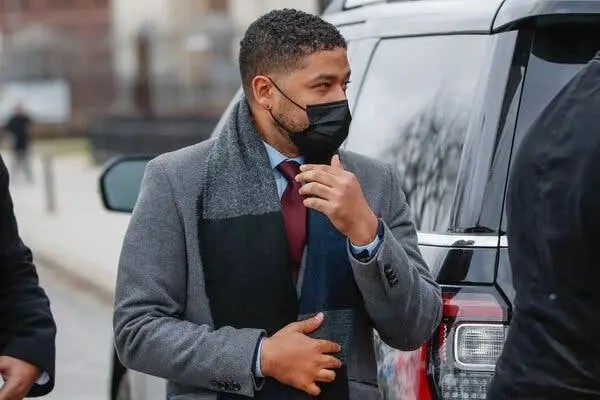 Jussie Smollett will be appealing after he was found guilty of orchestrating a racist and homophobic attack on himself.

The 39-year-old actor was found guilty of five charges of disorderly conduct on Thursday for giving a false report to police on the day of the alleged attack in January 2019 but was deemed not guilty of a sixth charge of the same offence at a later date, and his team have hit out at the “inconsistent” verdict.
The ‘Empire’ star’s lawyer, Nenye Uche said his client was disappointed by the verdict because he is “100% innocent” but they are confident an appeal will see him “cleared of all, all accusations on all charges.

He added during a press conference after the hearing in Chicago: “The verdict is inconsistent. You can’t say Jussie is lying and say Jussie is not lying for the same exact incident.

After the verdict was delivered, Cook County Judge James Linn set a post-trial hearing for 27 January and said he would schedule Smollett’s sentencing at a later date.