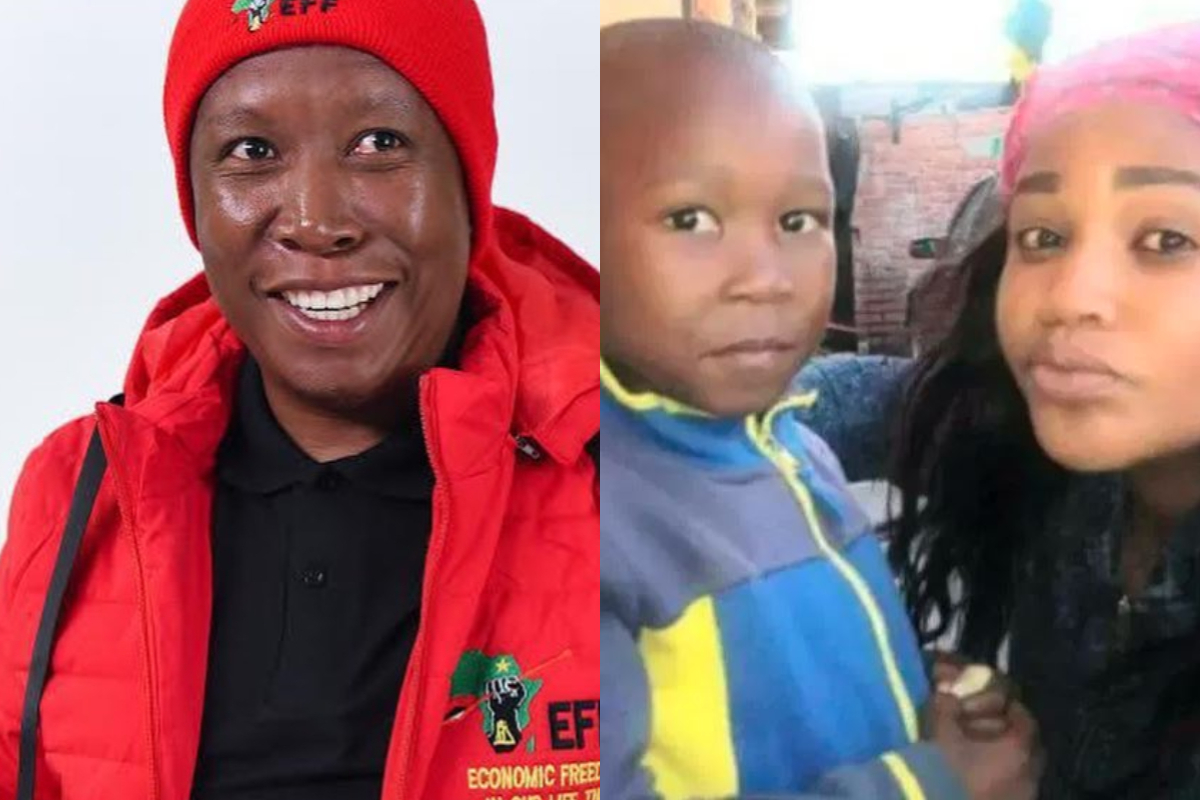 The former housemaid of EFF’s leader Julius Malema raised several eyebrows on social media when she took to her Instagram account to share a photo of herself and her son, who undoubtedly looks like the EFF’s leader according to tweeps.
This is a serious accusation considering the woman once worked for the now EFF leader. Still, you can’t blame Twitter users for thinking the boy might be Julius Malema’s son looking at the striking resemblance between them.

Many people know the girl as a former worker in Julius’ Sandton house due to her social media activities. Even if what tweeps suspect is true, you can’t blame the politician that much since he was not married during that period.