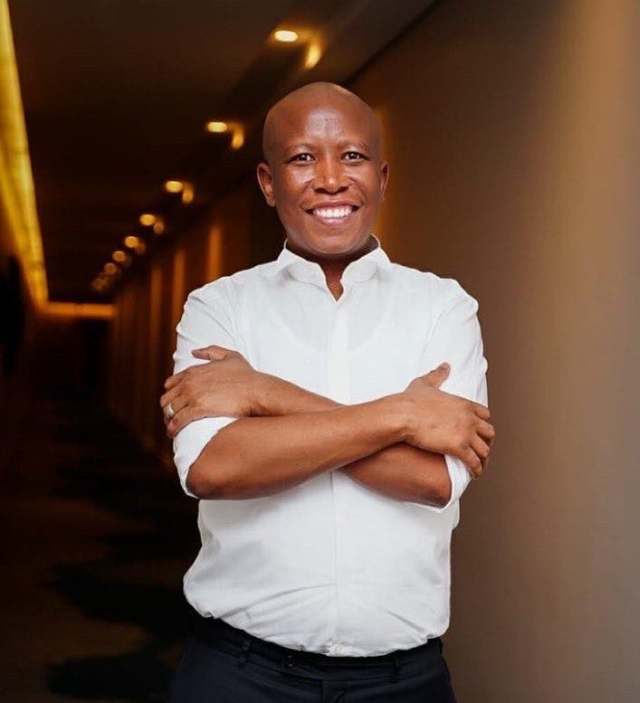 Economic Freedom Fighters (EFF) leader Julius Malema said he was willing to be the first one in the queue when COVID-19 vaccines finally become available in South Africa.

Malema was speaking at the EFF’s first media briefing for the year, where he called on South Africans to not fight science and warned the war against the pandemic is lost if the medicine is treated like the enemy.

He rubbished conspiracy theories that the intention of the vaccine is to kill black people, saying it would be administered to all races and that if there was anything untoward, those entrusted with administrating it would raise the alarm.

The country is set to receive the first 1.5 million doses of the vaccine this month from the Serum Institute of India, which the Department of Health said would be for health workers.

Malema said it was South Africa’s inability to develop pharmaceutical capacity that had left it vulnerable in the face of the global pandemic.

And we’re further endangered by conspiracy theories that vaccines are being developed to kill black people.

“It is practically impossible for a vaccine to be given to black people alone and kill them. We’re eating the same medicine that white people eat. If it is going to kill us, then they’re going to kill their own people as well.”

He said he was willing to put his money where his mouth is and be the first to take the jab, adding the battle against COVID would not be won without science.

“It is not going to work that one. Now it is the science that must be applied.”

He’s also cautioned his own members against spreading what he termed non-sensical theories about vaccines.

Malema has also taken a moment to urge South Africans to remain vigilant amid the second wave of infections.

“The images coming out of our overburdened hospitals have been terrifying, with makeshift hospitals being set up in parking lots and many people passing away while in ambulances because hospitals have reached their capacity. Funeral homes and burial schemes are faced with a shortage of coffins and the rate at which people are dying has lead to the treating of the dead like livestock because space must be cleared in fridges and coffins must be made.”

Malema said the party would suspend all its political activities indefinitely amid a surge in COVID-19 infections in the country.

Malema is calling for members to halt political gatherings pending further guidance from the government.

Malema said member must practice restraint and ease the weight on frontline workers.

“This decision comes as a result of careful consideration of the impact that resuming political activities may have on the spread of the virus and how it may contribute to the further loss of life. We have therefore resolved to postpone indefinitely the EFF’s plenum, which is a meeting of the elected leaders of the party and public representatives to forge plans for the upcoming year.”