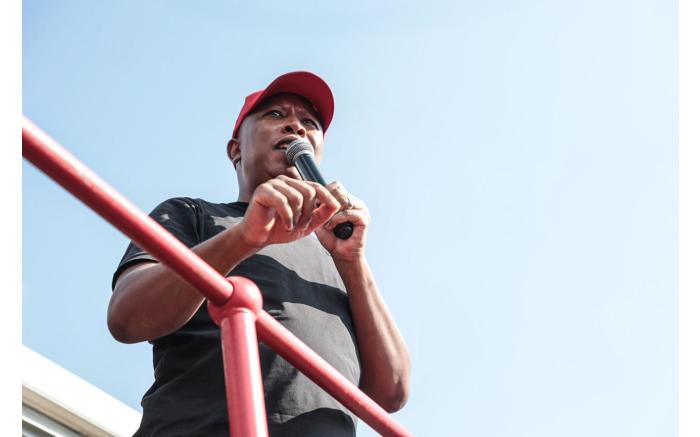 EFF leader Julius Malema criticized the current government while on the campaign trail on Friday, saying even the apartheid government cared for it’s people more.

While campaigning in Mangaung, Malema told supporters in Botshabelo that his party will fix poor service delivery in the municipality.

Residents came out in numbers to see Malema, with many complaining about the lack of water, poor roads and not having electricity in the area.

Eskom
Malema was critical of the current government, saying that every resident of Botshabelo deserved to have electricity in their house, according to a report by the SABC.

“Eskom has capacity. If they can do the job well they will generate money. Because what they must do they must connect electricity in each and every house for free and do the meter connection and then people will buy electricity and they will make money. And we won’t hear stories of Eskom being collapsed,” the EFF leader told the crowd.

Malema made these claims in the same week that Eskom suspended its latest round of load shedding. Eskom CEO Andre de Ruyter, however, said the power utility has a shortage in generation capacity and warned further power outages occur in the near future.

Housing
In Botshabelo, residents also complained about housing and the lack of jobs. Malema then said that government should give every person a house, even going so far as saying the apartheid government-provided homes and jobs for poor white people because it “cared for its own people”.

“The apartheid [government] gave all whites, especially poor whites, houses for free and not just houses. Even yards, their yards are very big. They can do it today. When they formed companies like Transnet for uneducated Afrikaners, they were creating jobs for white illiterates. Why? The apartheid government cared for its own people.”