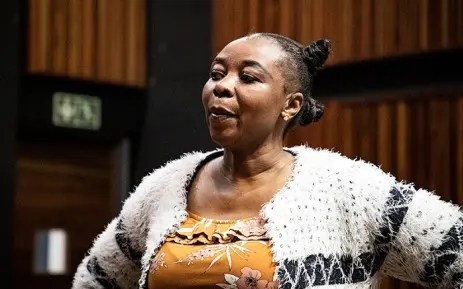 Monama recently presided over the trial against Ndlovu, who he found guilty of orchestrating the murders of her partner and five family members to claim insurance payouts from policies she had taken out on them.

He sentenced her to life imprisonment for each of the six murders and also 10 years behind bars on each count of incitement to commit murder and an additional 10 years for the attempted murder of her mother.

When handing down sentence, Monama said Ndlovu had seen her relatives as a commodity.

“The lawlessness in which she carried out her criminality threatens the very existence of society,” he added at the time.

Another high-profile case that Monama recently concluded was the Thulsie twins, Tony-Lee and Brandon Lee, which had been dragging on since 2016.

A Hawks investigation revealed that the twins conspired with a man, known as Abu Harb, to perform acts of terrorism in South Africa, Monama sentenced them to five years each for attempting to leave South Africa to join ISIL in Syria.

At the time of his death, Monama was also presiding over the Nateniël Julies murder trial, where three police officers stand accused of murdering the 16-year-old Down Syndrome teenager in August 2020.

Monama also presided over the historic murder case of anti-apartheid activist Ahmed Timol, who was killed in 1971.

The accused in the matter, apartheid-era police officer Joao Rodrigues, died in September last year before the matter could be concluded.