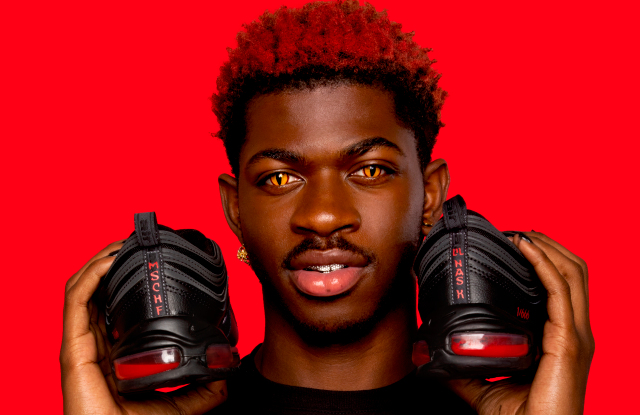 A federal judge has swooped in to stop Lil Nas X’s limited edition satanic-themed Air Max 97 shoes from being sold.

Earlier this week, after Lil Nas X introduced a shoe that may contain actual human blood, Nike filed a trademark lawsuit against MSCHF Product Studio, the New York-based design company the rapper partnered with to launch the shoes. Nike then followed up with a motion for a temporary restraining order and preliminary injunction. In its suit, the shoe giant claims that the Satanic association will dilute its famous marks.

In a letter to the judge late yesterday, MSCHF’s attorneys at the high-powered law firm of Debevoise & Plimpton argue that these 666 pairs of shoes are “not typical sneakers, but rather individually-numbered works of art that were sold to collectors for $1,018 each.”

MSCHF asserts that just like an earlier limited-edition of Jesus Shoes, these will be displayed in artistic collections, perhaps in museums. (In court papers, Nike has left open the possibility of amending its complaint to include a claim over Jesus Shoes t0o.) It further contends that confusion isn’t likely given the sophistication of purchasers.

At a hearing this morning, Nike’s lawyers stressed that it had “submitted evidence that even sophisticated sneakerheads were confused,” adding that it has also shown that the general consumership is boycotting Nike because it thinks that Nike is associated with this shoe. “We have submitted numerous evidence that some consumers are saying they will never buy Nike shoes ever again,” said Nike’s attorney.

“There’s no bright line but the more famous the mark — and we think Nike’s swoosh is one of most famous mark of all time — the more protection it is afforded,” responded Nike attorney Kyle Schneider.

As to MSCHF, Judge Komitee pushed the defendant to lay out the First Amendment arguments and precedent for why the modified shoes should get a pass.

MSCHF’s attorneys pointed to the Rogers test among other defenses. That test directs judges to examine whether use of a mark has artistic relevance, and if so, whether the work is explicitly misleading. Other cases that have come up include one over a nude photo shoot of a Barbie doll. “There’s no statements that Nike is affiliated,” MSCHF‘s lawyer told the court.

MSCHF also says that all but one of the shoes have already gone out. “There’s no basis for a recall,” the judge was told. “They are not doing this for money. It’s about the message.”

Nike responds that MSCHF is trying to build a brand, that the shoes are being sold on the secondary market, and that celebrities like Miley Cyrus have gotten involved. Nike also suspects that some of the shoes may have been shipped after the lawsuit was filed.

At the conclusion of the hearing, Komitee ruled that Nike has made a showing for a temporary restraining order. A deeper injunctive hearing will follow but the judge says that Nike has shown a likelihood of prevailing on the merits.