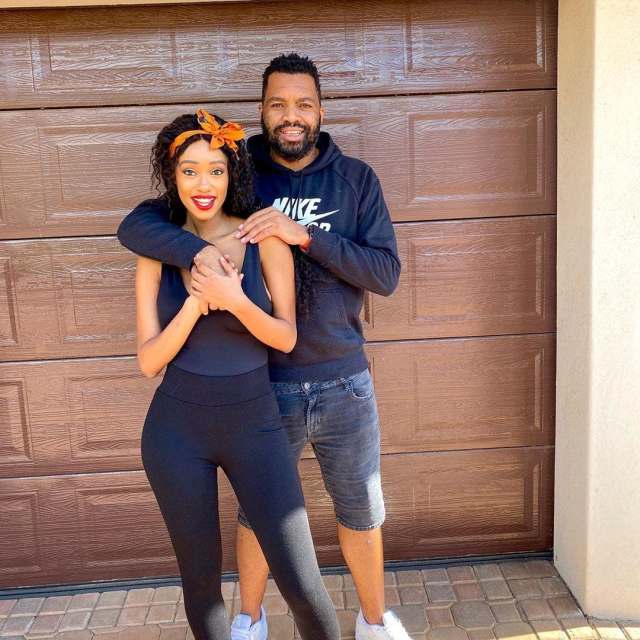 The news was confirmed by a family member.

“It is true, Khune and Sphelele will soon welcome new additions to the family. Both families are excited that their brood is growing,” the family member said.

The couple that affectionately goes by the nickname “The Bears” tied the knot in 2019. Last year, Khune and Makhunga welcomed their first child. They shared the exciting news on social media with a snap of their baby girl, Amogelang Zenande Khune.

Sources close to the couple also confirmed that Makhunga is expecting twins and Khune is thrilled to be a daddy again. According to one source, the Khunes are expecting boys although it has not been officially confirmed.

“Khune is happy that his family is expanding. He is over the moon” adds the source.

According to another source, Makhunga is in her third trimester and has even stopped posting on Instagram to avoid the media.

“She was advised to keep a low profile to protect herself from negativity and haters,” added the source.

In February last year, Makhunga took to social media and aired her experience of motherhood with an Instagram Stories Q&A with her fans. At the time, she indicated that she and Khune were open to having more children.

“I want three,” she said at the time.

Makhunga did not respond to questions for this article.

Khune, who is still reeling from the tragic murder of his sister, said he could not comment as the matter was a “private family matter”.

Spider Kid, as Khune is affectionately known in local soccer circles, is mourning the death of Mapula “Meiki” Khune. She was found dead at her family home in the North West last month.