Jolidee Matongo still had much to offer to the people of Johannesburg, says Makhura

Jolidee Matongo still had much to offer to the people of Johannesburg, says Makhura 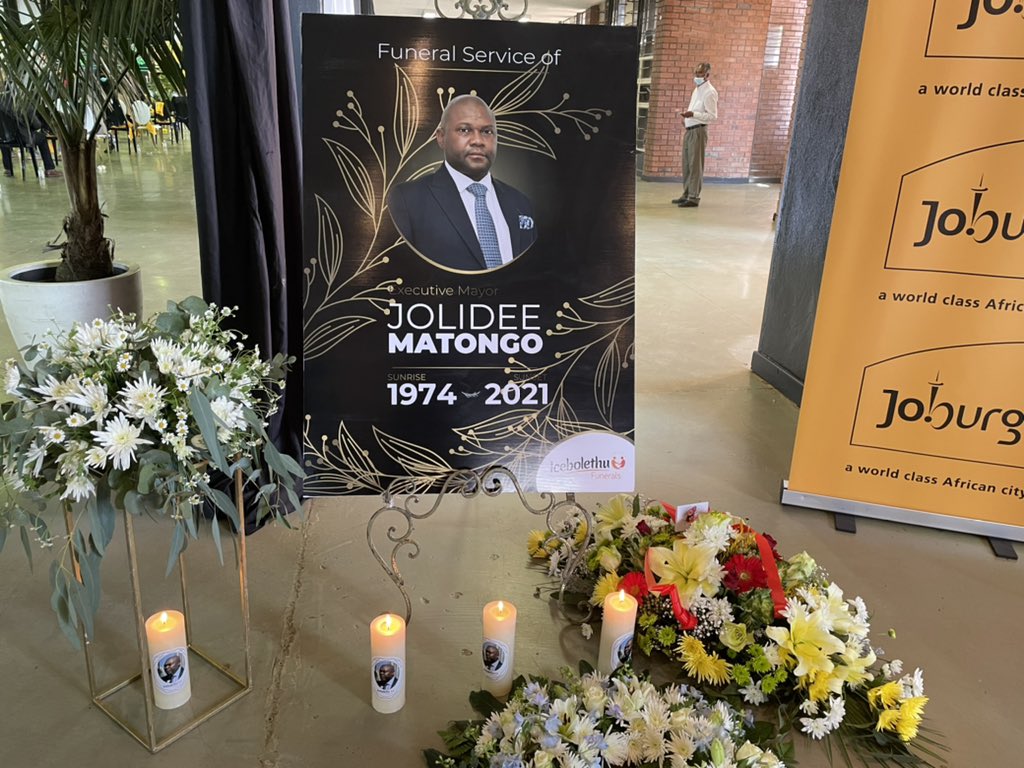 Gauteng Premier David Makhura has paid tribute to Jolidee Matongo, saying he made a difference in the City of Johannesburg even though he was only the mayor for a very short time.

Makhura was speaking at Matongo’s funeral service which was held in Finetown in on Friday.

Matongo was killed in a car crash last week on the Golden Highway after a day on the ANC campaign trail in Soweto.

He had only been mayor of Joburg for just over a month when he died.

However, Makhura said in that time, he managed to make a difference.

“Mayor Matongo’s life has enriched many of us. His life was short but very impactful.”

Makhura said Matongo still had much to offer Johannesburg and the country.

Matongo’s death comes at a difficult time for the ANC, with the nation preparing for local government elections and it’s not yet clear who the party’s next mayoral candidate will be for the key Johannesburg metro.