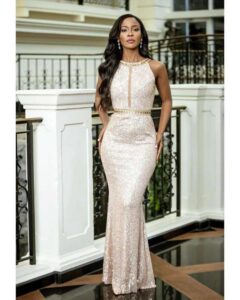 Now just two years later, and yet another black South African could walk away with the prestigious title.

This time, 27-year-old Joburg-born Jeanette Akua is in line to win Miss Universe having this week been crowned Miss Universe Great Britain.

Akua, who spent most of her life in South Africa, will represent Britain in the Miss Universe finals competition which will be held in Florida, in the US, in May this year. 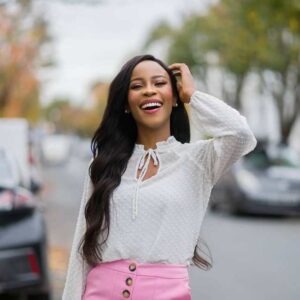 Currently a business development manager and singer, who now lives in London, Akua was announced as the winner in a virtual event on Tuesday, with Dr Vincent Wong as head judge.

Since scooping the crown, she took to Instagram to gush about the importance of following your dreams, writing: “I AM MISS UNIVERSE GREAT BRITAIN. I WON!!!

“This win means so much to me! It’s more than just a crown.

“Pageants are more than just ’beauty’. It’s bigger than that.

“It’s about celebrating women and the many layers we come in.

“It’s about being AUDACIOUS and having the nerve to pursue your dreams.

“Feeling the fear and doing it anyway.

“Thank you God. My heart is so full.”

According to UK publication The Daily Mail, Akua, who is also a singer, moved to the UK after she was rejected when she auditioned for SA Idols.

She then pursued her dreams in the UK, where she became a household name on reality show, X Factor.

She captured the attention of UK audiences on X Factor after it emerged she survived a terrifying kidnapping in Joburg, where she claimed people are “murdered for less than R50“.
Then 18, the Miss Universe GB representative had been handing out flyers for her part-time job in the Randburg district when gunmen swooped.

She admitted her parents weren’t aware that she had accepted the job and she was ‘naive’ to be working near a taxi rank where lots of crime take place.

Speaking to UK Publication The Mirror, in 2013, Akua said: “This man came over, grabbed my hand and yanked my hair.

“He was shouting but I didn’t understand the language he was speaking.

“When I answered him in English it only made him more angry.

“He was asking for my permit, saying I shouldn’t be there.”

She recalled being dragged inside a building where the kidnappers refused to give her access to water or a phone.

Jeanette said she was in tears, fearing for her life and was held at gunpoint for two days.

“I was so ­traumatised I could hardly speak.

Akua was freed after a R8000 ransom was apparently paid, however when she reported the incident, she said the police didn’t take it seriously because she wasn’t shot.

Leaving the ordeal behind in search of musical success in the UK, Akua was a beauty consultant when she began trying her luck on reality shows.

Having impressed the judges with her solo audition for the X Factor in 2013, she was placed in girl group Miss Dynamix, alongside Sharlene ‘SeSe’ Foster and Riélle Carrington.

The trio of singers went on to achieve 10th place in the series, after being mentored by Gary Barlow, but the group disbanded by January 2014.

Akua tried her luck again by becoming one of four members in the girl band Miss Treat Vibe, with the group making it to the semi-finals on series 11 of Britain’s Got Talent in 2017.

The beauty, who has a Master’s in International Economic Policy and Analysis, then launched a solo career in 2018 with the release of her single ‘Drunk’, which has had over 63 000 views on YouTube.

She’s now enjoying success in the beauty pageant world, with a stream of responses to her Instagram post celebrating her win.

The winner of the prestigious competition will be announced in May and receive a contract from the Miss Universe Organisation with the expectation of representing the company for a year.