The cast and crew members of the famous South African series Isibaya took their last bow after eight years of pure entertainment on the screens. 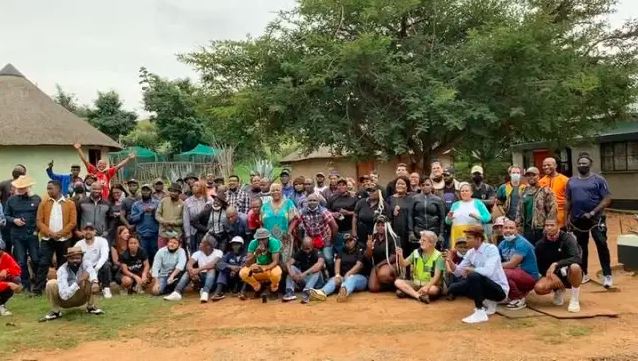 In a series of videos shared on social media, some crew and cast members could be seen watching the final episode of the series as they prepare to face joblessness in the face.

However, many were in a happy mood and cheered each and every bit of the last scenes shown on the screen.

The cast of Isibaya watches the final episode together and bows out.

Isibaya is replaced by a new telenovela by Mandla N. #DiepCity which starts on Monday the 5th April 2021. pic.twitter.com/4fNlaXvBBR

The producer’s of the show also took to social media to share farewell videos of cast and crews thanking their avid viewers for their amazing support of over the years.

“To all our viewers, tonight our hearts are filled with gratitude and sadness as we say goodbye. You have been our extended family who grew with us, that inspired us, that cheered us on.

“Thank you for welcoming us into your living rooms for the past eight years, it’s been an incredible journey,” a caption to the video read.