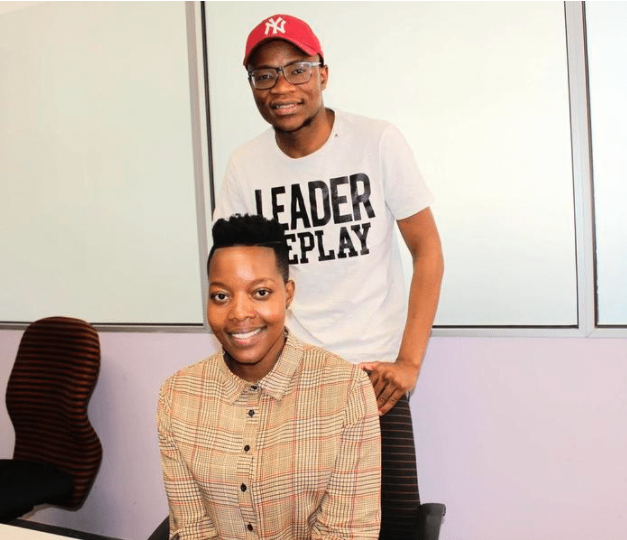 Nomcebo Zikode has clarified her stance with Master KG as the two are still at loggerheads over the Jerusalema royalties saga. We have deduced that they are still probably not in good terms as their issue is not yet resolved. And the obvious reason is, neither of them are including each other in their Jerusalema world tours.

Nomcebo Zikode is currently living it up in Switzerland but a fan had to remind her of her problems back in South Africa. A “concerned” fan told Nomcebo to not forget Master KG as he made her who she is in the industry today with their smash hit Jerusalema. The fan, Piet Khune Van Sathekge, said he hopes the two would reconcile and make other fire tracks, “Master KG and Music S.A fans brought you back and whatever differences you have, you must be thankful for that, keep on shining. Hope one day you will hook up together again and give us more fire music.”

In as much as this was a compliment but it was laced with shady undertones as the fan implied if it weren’t for Master KG, we would not know who Nomcebo is today.

Nomcebo clarified that she does not have a problem with Master KG, in fact she is in a battle with the company Open Mic and not him.

“I don’t have any problem with him, and I’ve never ever said anything to him besides sending out the statement which was clear that I need my money from the company not from him, as I’ve been trying to talk to the company many times with no luck, and they’ve been saying the song didn’t make any money so there’s no money. I then decided to get a lawyer to help me, so I don’t know till today why he decided to respond before the company responds… as he was not my boss/ owner of the company but my colleague.” 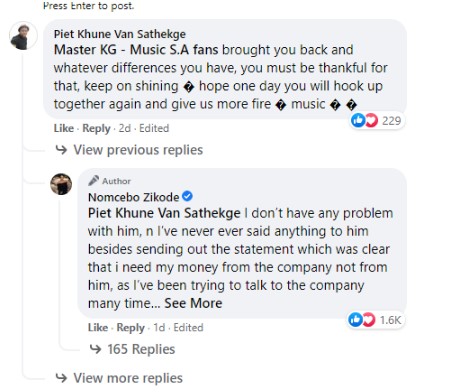 Nomcebo sent out a statement saying she has never received a cent from Jerusalema. Master KG hit back saying the initial agreement was 50/50 but Nomcebo wanted 70%, leaving Master KG with just 30%.

Some of the tweets are deleted but Master KG said Nomcebo received R1.5 million.

“Can you confirm that you received R1.5m so far from Jerusalema? and before I explain many things you guys haven’t paid me for Xola Moya Wami…And again, Nomcebo can you tell these people that you are demanding a bigger percentage than mine on this song?”

“…Anyway, I Believe When The Time is Right Everyone will know the truth There’s Nothing to Hide Here I’m Tired of Being Hated for lies…Last year Nomcebo started Jerusalema tour without me and I never had a problem and a few weeks back I started my tour and then Nomcebo went to the media and created a story that I’m leaving her behind … I don’t really know why things must be like this.”