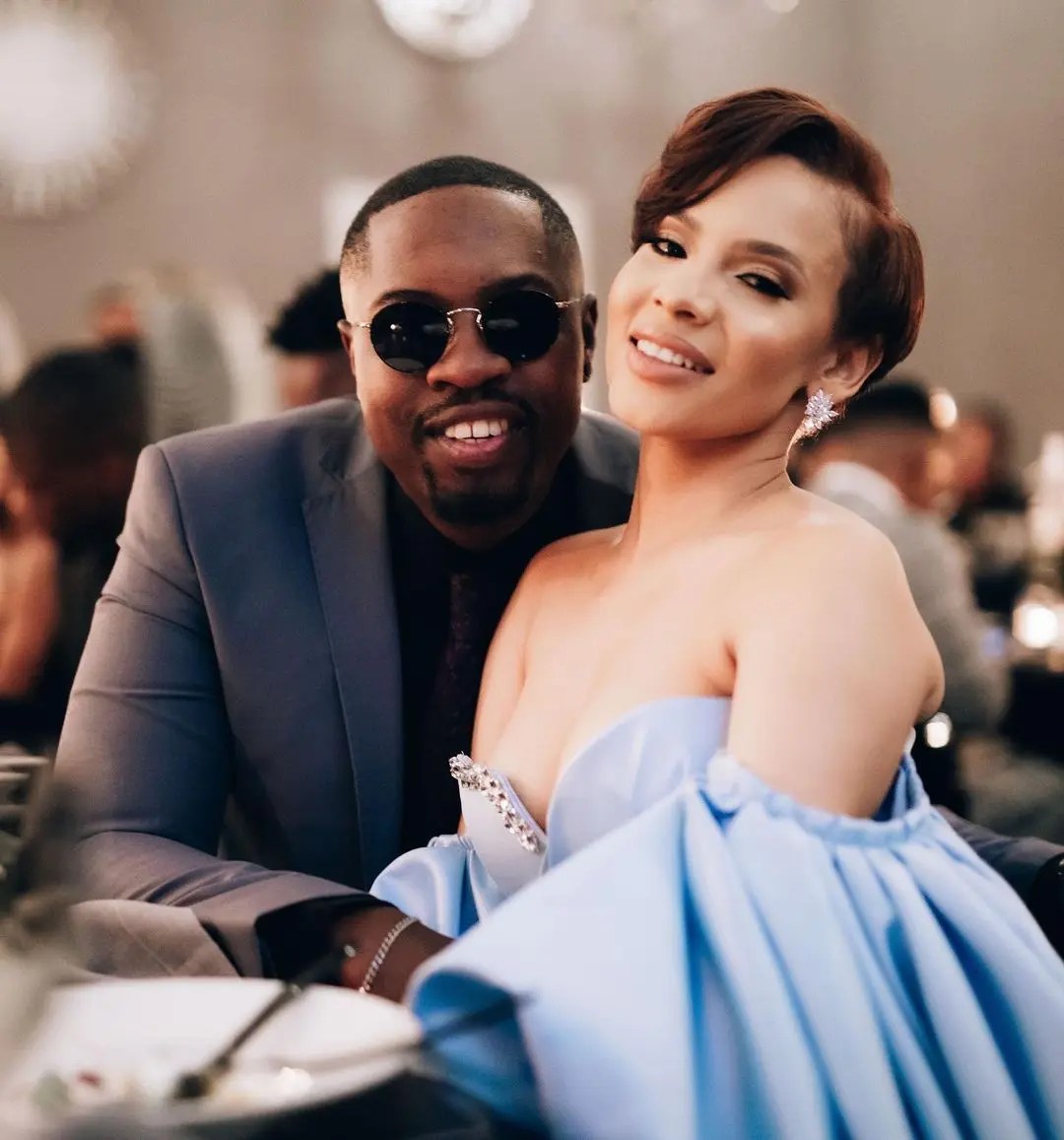 On Sunday 7 November Mr JazziQ posted a picture with Thuli Phongolo from Riky Rick’s posh dinner. It wasn’t long before the photos were shared onto Twitter and Tweeps believed the pair were romantically linked.

“Kadi Suit & What what le bo @thuliphongolo,” he captioned the post.

The actress knew the romance rumours were about to storm in because she has been rumoured to be dating at least six others in the entertainment industry. Although she has denied all the rumours.

“Eating caviar, enjoying life…! 🤌 side note: I just knew the comments were gonna come with ANOTHER… 🙆‍♀️😂,” commented @thuliphongolo.

Just a month ago, Thuli was rumoured to be dating DJ Maphorisa after a video of them dancing intimately went viral. The pair had been the talk of the Twitter streets for about two weeks. Tweeps thought Thuli was “using” the Lorch hitmaker to boost her DJ career.

However, others thought that there was genuinely something going on from their chemistry in the viral videos.

Aowa guys Thuli was be honest about what’s happening between him and Maphorisa, open space mogurl☺️ pic.twitter.com/h134CQd6YY

In an interview with The Journalist DJ uploaded to YouTube today (11 November), Mr JazziQ spoke out about the romance rumours. He explained that he and Thuli are just friends and because he was pictured next to her, people assumed there was something going on.

He went on to say that people assumed he has beef with DJ Maphorisa because of this, which is not true.

“This past week I posted a picture with Thuli P and like it was going crazy you know? Now there is a story about me having beef with Phori (DJ Maphorisa) like no one has time for beef bro,”

“It was just a picture and me and Thuli are just mates,”