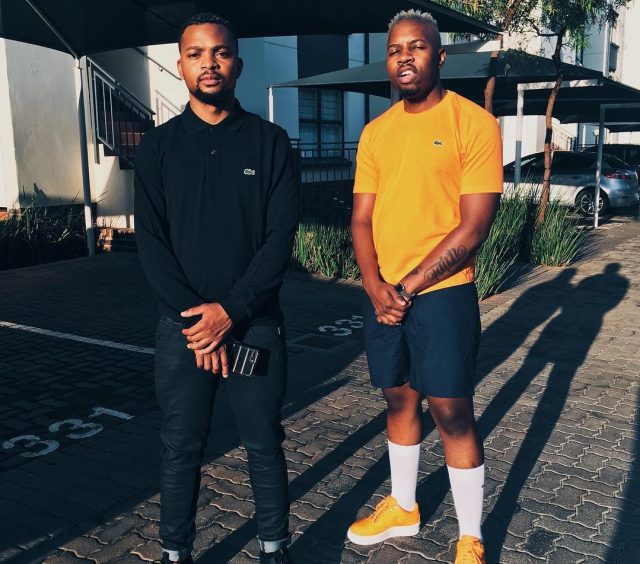 They were once a popular duo giving Mzansi hits after hits. The former JazziDisciples member Josiah De Disciple recently took to Twitter to discredit JazziQ claiming that he was the one responsible for the hits made by the duo.

Josiah De Disciple was responding to a fan who tweeted that the duo should get back together.

Incase you wondering why JazziQ is trending 😭😭😭 pic.twitter.com/Ux32OEZbyU

Tweeps were shocked by Josiah De Disciple’s response, @matt_murwa tweeted: “People who claim they did all the work after yall split as a group are just like those ladies who claim it is small after a breakup, clout and street validation e dor bolaya #josiah #jazziQ”

Defending Josiah De Disciple, DJ Olwee tweeted: “Every time JazziQ releases a hit, you guys bring Josiah into it, claiming he didn’t work. Then Umsebenzi Wethu was released, dissing Josiah in it and you clowned Josiah all day. Today he finally defends himself with one line and the same people are condemning him?! Please!”

Everytime JazziQ releases a hit, you guys bring Josiah into it, claiming he didn’t work. Then Umsebenzi Wethu was released, dissing Josiah in it and you clowned Josiah all day. Today he finally defends himself with one line and the same people are condemning him?! Please! pic.twitter.com/Re6aO9ShHy

JazziDisciples parted ways last year.
“It is with great sadness that I have decided to separate with Mr. JazziQ as Jazzidisciples,” announced Josiah De Disciple on Instagram.

Even though Josiah claimed that they were separating on a good note, it is clear that there is some animosity between them.

Speaking on their separation, JazziQ told Sunday World that they wanted to grow their careers separately.

“We decided to move from JazziDisciples mainly because we did not want to be glued together as we both believe that we have the potential to grow as individuals, being a duo has taught us both new and entertaining ways to do music, I am grateful for that.

“Our journey has been bumpy and tricky because we had to fight for recognition while playing a genre that was still new to the ears of many but it is undoubtedly one of the best genres in the country, mainly because it’s brewed here,” he told the publication.

Reacting to the album @Cerlullar_ RSA tweeted: “JazziQ dropped a messed up album. I thought he was the best all along. Now I know that Josiah was the heart of jazzi disciple.”

LeratoPM_R: “JazziQ has been on my fraud watch since after breaking up with Josiah. He dropped an EP called “For The Babies” which was lukewarm. Only “Undenzile” was alright. The rest was disappointing. Then, he surfaced with Zlele. He makes hits with other cats but him alone, andazi.”