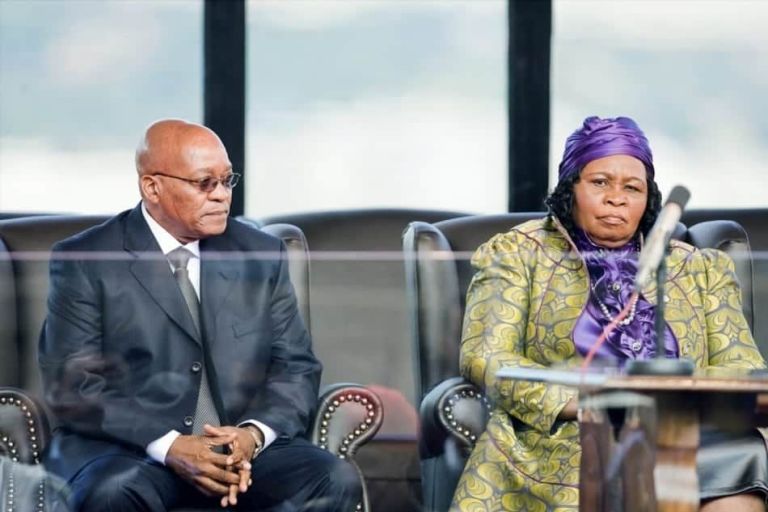 The incarceration of former president Jacob Zuma has dealt a heavy blow to his first wife Sizakele Khumalo who is said to be battling to come to terms with the unceremonious departure of his husband from their ancestral home of KwaDakwadunuse.

This was revealed on Thursday during a prayer ceremony organized by the ANC Women’s League together with religious formations in KwaZulu-Natal.

The gathering to pray for Zuma’s recovery took place at his homestead located in the village of KwaNxamalala.

“I was torn apart when Umam MaKhumalo (Zuma’s wife) poured her heart out and told us what she said to the people who had come to fetch her husband.

She said ‘Nisize ningibuyisele yena ephila’ (Please bring back my husband in one piece). I was moved by these words,” said pastor Vusi Dube, ANC MPL, and Zuma loyalist.

Dube also used the gathering to dispel the notion that there were factional pastors, saying defending Zuma was the right thing to do.

“What is being done to an elder statesman who fought for our emancipation is inhumane. We will continuously pray until he’s freed. Out of this negativity we will rebuild the ANC again,” he added.

Zuma, who is currently serving a 15-month jail term at Estcourt correctional facility is reportedly not well and would need at least six months of intensive healthcare for his condition to be improved.