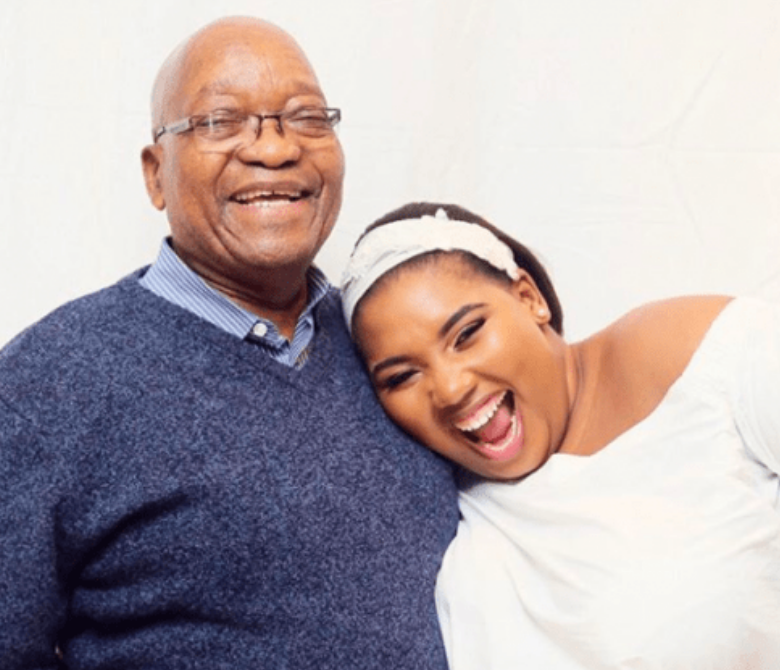 Former president Jacob Zuma may be loved by many, but as the Zulu saying: Abantu abayi nganxanye bengemanzi, there are those who don’t sympathise with him.

As Zuma settles in his prison cell at Escourt Correctional Centre, many in Mzansi including celebrities, sympathise with him. But not his father-in-law, Fartescue Conco.

The father of the Real Housewives of Durban star Nonkanyiso Conco, Zuma’s baby mama, said he is a praying man, and what happened to Zuma doesn’t make him feel sad.

“Zuma never treated me like his father-in-law. He never respected me, so why should I sympathise with him. I feel nothing?” said Fartescue.

He’s still insisting that Zuma owes him lobola money.
In 2018, Fartescue claimed that Zuma didn’t pay lobola to him but instead he went to pay it to Nonkanyiso’s mother in Eastern Cape, against his instruction.

His claims this caused a strain between him and his daughter as in 2020, he complained that she didn’t visit him anymore. In the same year, he told the media that he was praying to his ancestors to deal with Zuma.

When asked if he prayed for Zuma’s arrest, the 92-year-old said he didn’t wish to talk about it.

“I pray and I pray hard. I’m too old to be disrespected. I’m not saying Zuma’s arrest is good or bad, but it doesn’t affect me,” said Fartescue.

LaConco’s father also refused to talk about the state of his relationship with Nonkanyiso.

“I’m getting older every day and at my age, I shouldn’t be talking too much. But I say, I’m a prayer warrior. Those who are against me, I pray for them,” he said.