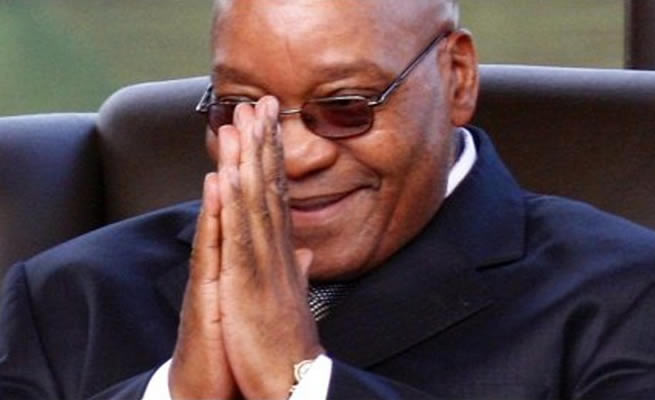 While the two processes are completely independent of one another, legal expert Dr Llewleyn Curlewis yesterday said Fraser’s decision had certainly smelt off ethically because of the shared history between himself and Zuma. And he said that Zuma now being found fit to stand trial was bound to “raise even more eyebrows”.

Fraser has since admitted that he overruled the medical parole advisory board when he took the decision to grant Zuma parole.

“One would have expected that you wouldn’t make such a decision easily and at least not in conflict with the recommendations and advice of people who know better. I am actually surprised he had the guts to do it. He put his neck out there,” Curlewis said.

“And this increases the raised eyebrows, definitely.”

“The conflict between the two just adds to the frustration many South Africans have with the institutional authorities in this country.”

He said given Zuma and Fraser’s history, South Africans were owed a

“very clear and unambiguous answer on this particular issue”.

AfriForum, meanwhile, is one of several groups which are now challenging Fraser’s decision through the courts. And the organisation’s Ernst Roets said yesterday’s revelation “strengthens our position in this regard that

the former president does not actually qualify for medical parole”. Zuma’s corruption case over the arms deals returned to the KwaZulu-Natal High Court in Pietermaritzburg yesterday. Zuma was not present in court and an affidavit from his lawyer explained this was on the advice of his doctors, who wanted him to remain nearby in Gauteng for now. Proceedings kicked off with advocate Wim Trengove, for the state, moving to call up several witnesses whom the state had subpoenaed – among them Fraser – to hand over medical records

pertaining to Zuma’s “health and fitness to stand trial”. But this was met with staunch opposition from advocate Dali Mpofu, for Zuma. Mpofu insisted these records were, for now at least, irrelevant as Zuma’s fitness to stand trial was not in question and that handing them up would be in breach of his rights to privacy and confidentiality.

But on the back of a previous order issued by the court following another non-appearance by Zuma after he was hospitalised last month, the state has appointed its own doctors to make a call on his health.

And Trengove yesterday told the court there was a “difference of opinion” between Zuma’s treating doctors and the state’s.

“In their view, he is fit to stand trial,” he said. This has now also been confirmed in a new affidavit from Downer.”

But advocate Muzi Sikhakhane – who previously represented Zuma – was also in court yesterday, this time on behalf of Fraser, as well as other witnesses the state had subpoenaed from the department of correctional services. He also argued he needed more time to consult with his clients. And, ultimately, Judge Piet Koen presiding, decided the matter should be dealt with at a later stage.

During the exchanges leading up to his decision, though, the judge had appeared to be losing patience with the series of delays that have hamstrung the case – insisting he would “desperately” like to continue with the matter and that “we can’t keep going around”.

What did finally go ahead yesterday, was Zuma’s special plea to bar state advocate Billy Downer – and the National Prosecuting Authority as a whole – from prosecuting him, on the grounds of bias.

Mpofu laid into Downer during his arguments, zoning in on an admission he had made previously to the effect that he became tearful after learning about the now infamous spy tapes which wound up getting Zuma off previously.

“Surely we have a right to probe that question and say: are we really here dealing with a person who is doing this job dispassionately?” he advanced.

Trengove came down hard on what he labelled an “appalling” attack on Downer, though.

He argued Downer’s dedication and commitment was deserving of praise.

“He deserves a medal,” he said – adding further that he was owed an apology.

This increases the raised eyebrows, definitely