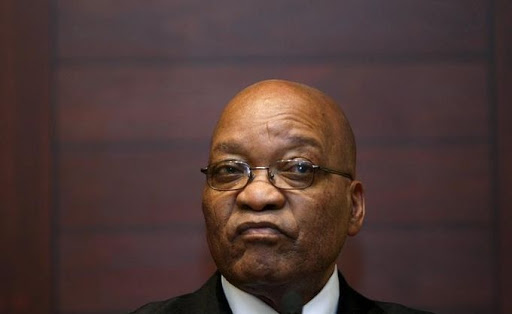 On Thursday afternoon, the Jacob G Zuma Foundation revealed that the former president’s legal team had written to “prominent organizations and foundations” who allegedly benefited from the arms deal in an effort to detail their involvement in the matter.

“The legal team of [former] president Zuma has dispatched letters to prominent organizations and foundations who benefited from the arms deal to provide pertinent details of the relevant transactions. These details will be tabled in the trial in PMB [Pietermaritzburg], to set the record straight at the right time,” the foundation said on Twitter.

The Legal Team of Prez Zuma has despatched letters to prominent Organisations & Foundations who benefited from the Arms Deal to provide pertinent details of the relevant transactions.
These details will be tabled in the Trial in PMB, to set the record straight at the right time. pic.twitter.com/lepPtTxjnQ

Zuma back in court
This comes as the Pietermaritzburg High Court is set to hear Zuma’s special plea arguments in his arms deal corruption trial next week.

The trial and special plea application will now be heard in an open court rather than a virtual platform after Zuma’s legal team – advocates Dali Mpofu and Thabani Masuku – previously objected to the matter being heard physically.

The case, which involves Zuma and French arms firm company, Thales, is set to resume next Tuesday on 10 August 2021.

Last month, Judge Piet Koen – who presided over the proceedings – postponed the trial for three weeks after an application was brought forward by Zuma’s legal team.

Koen had also requested a list of considerations and prejudices from all parties involved – including Zuma’s lawyers, the National Prosecuting Authority (NPA), and the department of correctional services – which they deem relevant to the judge’s decision to hold the Zuma’s special plea arguments on a virtual platform.

The high court on Tuesday is expected to hear Zuma’s special plea for the recusal of the NPA prosecutor, Billy Downer.

Recusal
During his last court appearance in May, Zuma pleaded not guilty and his legal team filed a special plea application to have Downer recused from prosecuting the case.

Zuma’s legal team said Downer had smeared their client’s name and leaked information related to the corruption case to the media.

The former president wants to be acquitted of all charges should his application for Downer to recuse himself succeed.

The NPA has since denied the allegations made against Downer.