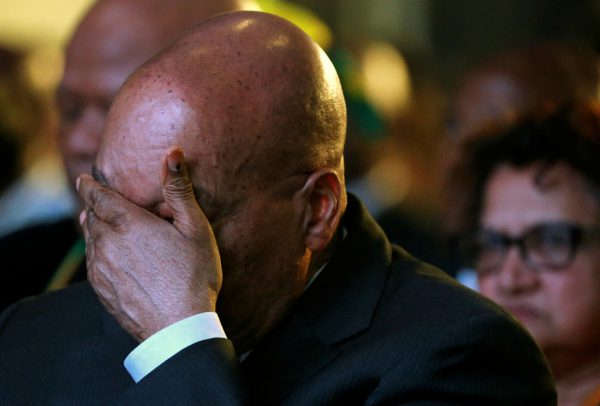 Former president Jacob Zuma had been aware of his age and medical condition but reconciled himself with the possibility of going to jail when he rejected to cooperate with the Constitutional Court on a case against him.

This was the argument of the Zondo commission of inquiry into state capture as it tried to convince the apex court to dismiss the rescission application by the incarcerated former head of state.

Zuma, 79, is currently serving jail time at Escort prison in KwaZulu-Natal after the ConCourt found him guilty of contempt of court and sentenced him to 15 months behind bars.

His lawyer Adv Dali Mpofu SC had earlier argued that Zuma wanted the redetermination of the sentence imposed on him in the event the matter was not referred to the National Prosecuting Authority for a trial in a lower court where he could exercise his rights to a fair trial and appeal.

Mpofu also said that Zuma’s age and his comorbidities did not permit that he be kept in jail during the Covid-19 pandemic.

Adv Tembeka Ngcukaitobi, for the commission, however dismissed this and pointed out that Zuma had long been aware of his age and medical condition when he deliberately chose to snub the court case and also rejected offers to mitigate his sanction.

“These were facts that Mr Zuma was conscious about. He reconciled himself with the possibility of imprisonment. He cannot, whenever he wishes to reopen the case, bring them up because the consequences have now come into fruition,” Ngcukaitobi said.

Ngcukaitobi said that Zuma had been represented by senior lawyers throughout his brushes with the commission and the apex court but that he had consciously chosen to insult and denounce them instead of participating in the legal processes.

Adv Vuyani Ngalwana for civil society organisation Democracy in Action, which joined the application as friends of the court, also argued that it was not in the interest of justice for the ConCourt “to punish an octogenarian” with a prison sentence for snubbing and insulting it.

“Whether that was in terms of legal advice or not, it was wrong and there is no running away from it, but it has happened. The court is now ceased this request,” he said.

Ngcukaitobi said the Constitutional Court had deliberately elected to hear the contempt case against Zuma knowing that there would be no right of appeal.

“Mr Zuma knew it as well. His attorneys and advocates knew that if the case is accepted by the court as a court of instance, it would also be a court of final instance,” he said.

He said the court had bent over backwards and extended many of the seven opportunities given to Zuma to participate, only for him and “his ventriloquists” opting to denounce the judiciary.

He took a swipe at Mpofu’s argument that the apex court had violated Zuma’s rights and put itself in the same position as a magistrate’s court by taking the case as a court of first instance.

“Well, that just needs to be stated to be rejected for absurdity. What you knew is that you were taking the case as the first and final instance. The reason you knew is because you control your own jurisdiction,” he said.