Home
Sa News
I’VE BEEN LIVING WITH HIV FOR 15 YEARS! 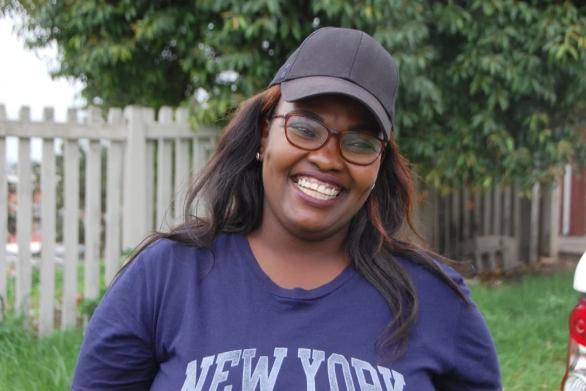 NOZIPHO Majola from Newtown A, north of Durban is a woman who lives with HIV.

The 37-year-old mother of one child said she discovered about her status in 2004.

Speaking to the Daily Sun at G section KwaMashu north of Durban she said she discovered that she was HIV positive at the age of 22 and at that time she was pregnant with her 14-year-old daughter.

The bubbly woman said when she discovered her status, she was upset but because she got support from her family she accepted and learnt to live with it.

“Now it’s been 15 years that I’ve been living with HIV. I live a healthy life and I’m working on achieving my dreams,” she said.

She said she takes her medication, and everything is going well for her.

“World Aids Day is a reminder of people who died of HIV and Aids back then. People died because they didn’t take treatment,” she said.

She said but now people are no longer dying.

“Nowadays people are not dying because we are lucky to get treatment there and then. Now there are less people dying of Aids. Being HIV positive is no longer something to be ashamed of,” she said.

She said her advice to people living with HIV is that they should know that being HIV positive is not the end of the world, as she is a living testimony.

She said they can still live a healthy life and be happy like HIV negative.

“And people should speak out about it so that they can get support,” she said.

“We visit young women. Those that are negative I help them to keep their negative status and those that are positive I encourage them to live a healthy lifestyle,” she said.