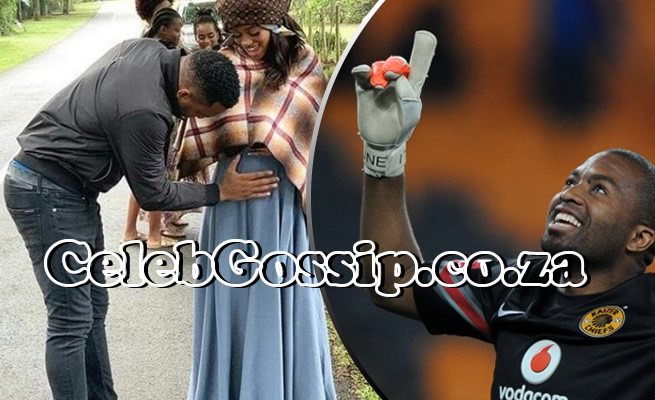 Kaizer Chiefs goalkeeper Itumeleng Khune is going to be a father for the second time, his wife Sphelele Makhunga confirmed.

Taking to Instagram with a snap of her baby bump, Sphelele revealed to fans that they were patiently waiting for their second bundle of joy.

“As we wait for our new addition to the family,” she captioned the picture.

Many of the couple’s fans took to the comments section to congratulate the pair, excited about a new member of the Khune family.

In an earlier interview with TshisaLIVE, Sphelele shared that she wanted more children, even though Itu believed in “balancing the equation”. Even though their baby was barely a month old at the time, Sphelele said she and Itu were open to having more children.

Last year, the pair welcomed their first child, a daughter.

“I want three, but the husband believes in balancing the equation,” said Sphelele.

It seems like the footballer is a proud papa bear. After revealing a photo of his daughter shortly after her birth, the star took to Instagram to gush about being a new dad.

“Daddy duties is an everyday thing. Blessed and most of all, God is great,” he captioned the post.