Itu Khune And Sphelele Respond To Break Up Rumours

Itu Khune And Sphelele Respond To Break Up Rumours 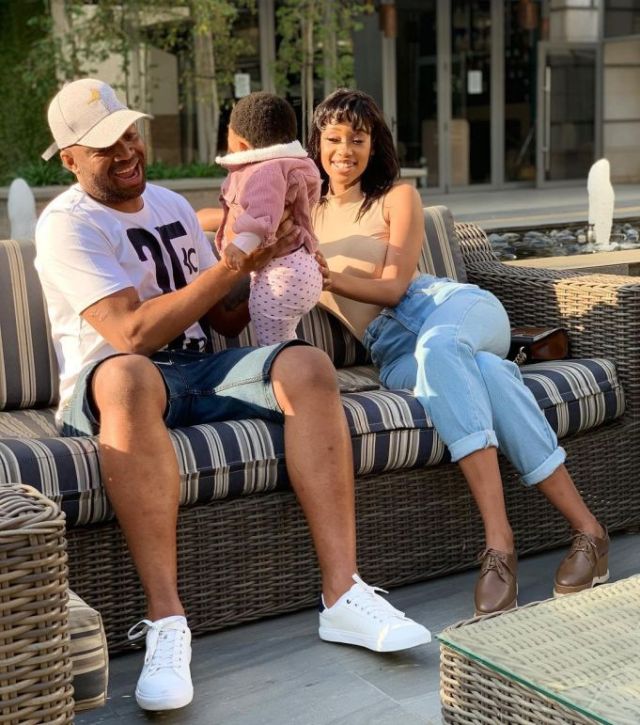 Another celeb couple headed for divorce? Well it seems Football couple Itumeleng Khune and his wife Sphelele Makhunga are going through a rough patch.

According to City Press Sphelele packed her bags and went home to KwaZulu-Natal in November. She is allegedly tired of Khune and his cheating ways and has gone home to cool off and think of a way forward.

Close friends of Sphelele say she is not giving up on her marriage as she doesn’t want to make her haters happy.

“She wants to fight or her marriage”,

Upon being asked if this is true the couple denied everything.

Sphelele: “Well I have never responded to any of yall’s sh*t and I will certainly not start now this year. Now go ahead and publish your bedtime stories”
“You have a nerve neh. Go ahead and embrass yourself with lies”. Khune also answered.

Well, it seems they are ok after all if Khune’s latest post is anything to go by.

He took to IG to wish his wife a happy birthday.

“I appreciate you for all you do and give, day after day ,happy Birthday my love @laaylaymak , I love our life together. 🎉🎊🎈🎂🥂🍾” he gushed

The Khune’s just welcomed their first child and are already looking to have more kids that will expand their beautiful family.

Sphelele Makhunga shared some details on Instagram about their marriage and has revealed there is some more baby talk going on. The lovely couple also just introduced their baby girl Amogelang Zenande Khune to the world after months of anticipation from fans.

Her Instagram Stories Q&A session allowed her to share some of her experiences with motherhood. Her questioned 10-year-age gap between her husband Khune has always been a factor many people talked about. However for the young mother, who turned 23, she says she is not bothered. If anything she has always wanted a family at a young age.

The candid exchange between her and her followers allowed them into her marriage. They ‘tied the knot’ traditionally last year but put the white wedding plans on hold to allow their daughter to grow a bit older so she can be their flower girl.

Amogelang is not even a month old, and the couple is already talking about expanding their family. She revealed that she wants three more children but her husband believes in ‘balancing the equation.’

It will take some time though till fans get to see Baby Zee as the Sphelele said No to the request made. “No, but all you must know is that she looks like her dad.”

She continued by saying; “Before she was born I was told that the baby looks like the dad and obviously I was like, hell no. Until today, I still get told that she looks like her dad not me … such betrayal.”