Its pay back time for Makhadzi as she faces theft charges

Its pay back time for Makhadzi as she faces theft charges 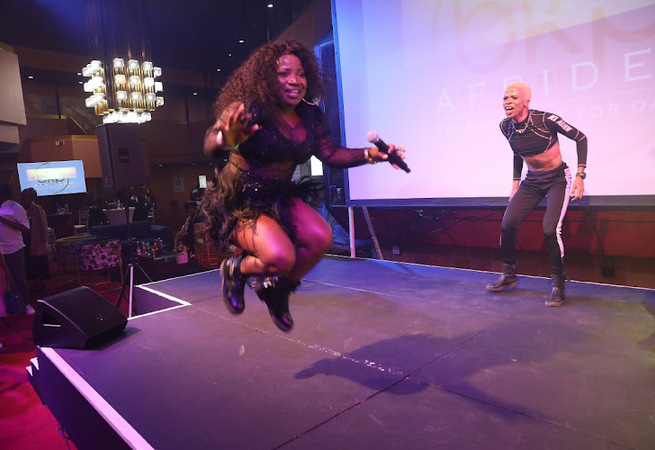 Songtress Makhadzi and her record label Open Mic are demanding the withdrawal of allegations made by Kicks Sportswear pertaining to her stealing the footwear company’s intellectual property.

Makhadzi and Open Mic have threatened to take legal action against the company if it does not comply with their demand to withdraw the allegations that she stole the company’s idea to start her shoe brand.

Kicks Sportswear’s demands are contained in court papers filed in the Pretoria High Court in response to the R8-million lawsuit instituted by the sneakers brand company against the two for breach of contract.

The company, which produces the sneakers, called Kicks Kokovha, is suing the singer after she failed to wear the sneaker at her gigs and shoot videos promoting the brand.

In the combined summons, which the company obtained against the songbird and her stable in the same court in June this year, Kicks Sports Wear said it received information about the artist’s lack of interest to promote the brand because her team was stealing its intellectual property to use it to “produce her own range of shoes”.

“The plaintiff received confidential information that the second defendant’s disinterest in the agreement and campaign stems from her team stealing the intellectual property of the plaintiff’s idea and using it to produce her own range of shoes,” reads Kicks Sports Wear’s summons.

Makhadzi and Open Mic who are now demanding the expungement of the paragraph from the combined summons, stating it was “scandalous and harmful” to their reputations.

Makhadzi and Open Mic Production also said they intended to bring an application to strike out Kicks Sportswear’s action as an irregular step but before taking that step, they wanted Kicks Sportswear to remove the cause of complaint within 10 days from the day of this notice.

Both parties threatened to bring an application to set aside their action if they failed to do so, saying Kicks Sportswear did not follow the court rules because it issued and served the combined summons, which did not state it was signed by an advocate or an attorney with a right of
appearance in court.

They also said the court rules stipulated that a combined summons and every other pleading except a summons, shall be signed by both an advocate and an attorney.

They also said Kicks Sportswear was supposed to have, before issuing combined summons or together with them, serve on Open Mic and Makhadzi a notice indicating whether they agree to or are opposed to the referral of the dispute to mediation as dictated by the court rules.

Kicks Sportswear, they further said, did not as dictated to by court rules, indicate whether the agreement they signed with Makhadzi and Open Mic, was executed in writing or verbally. The company, said the duo, also failed to provide a date on which the agreement was reached.

Open Mic MD Nkateko Maluleke confirmed that they are taking the fight back at the company.

“The court must decide on the matter because we could not reach an amicable solution.”