South African singer and reality star Moonchild Sanelly has taken to her social media account to slam Twitter users who try to be funny to gain relevance on the platform. 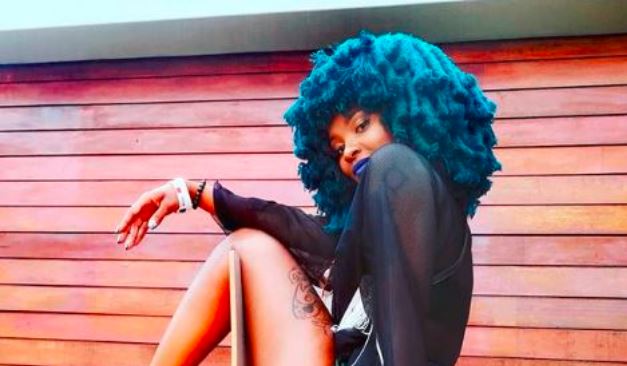 Moonchild mentioned that trolls have all the time to land jokes online, but are often way off when it comes to dropping the punchlines which makes them look like a joke.

“People have nothing better to do yet rush to type non-landing jokes! You’ve got so much time, rehearse your jokes before typing s**t intended to be a funny offensive,” Moonchild tweeted.
“It’s embarrassing to read that you’re the joke,” the star added.

People have nothing better to do yet rush to type NON LANDING JOKES!
You’ve got so much time, rehearse your jokes before typing shit intended to be a funny offensive !!!Pls man📌📌📌
It’s embarrassing to read that you’re the joke💙

Meanwhile the singer recently raised many eyebrows when she confidently took to Twitter to claim that she is God.

Her new title left many wondering whether she desires to be worshipped.

“I am God! Quote me!!!!!!,” she wrote. Moon didn’t explain the claim, which left fans in mixed feelings over the tweet.

Later a fan of the singer explained what she meant by her tweet, which Moonchild affirmed. The fan wrote: “To know something is good To do something is God.”

They won’t understand although it’s quoted in their bubble
Let’s gooooooo💙💙💙💙 https://t.co/fVTEjp9nY6