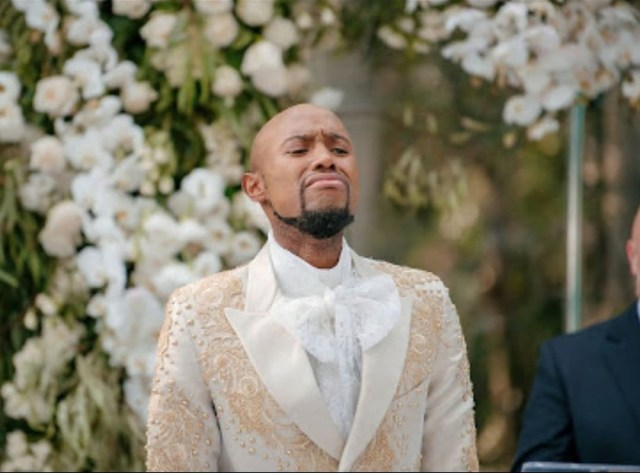 It has long since been rumoured that Somizi and Mohale‘s marriage is on the rocks. They no longer spend any time together. Somizi is always off on his bestie-cations with Vusi Nova while Mohale is also doing his own thing alone.

I feel so sad seeing that Mohale took off his ring and Somizi is still wearing his.. Shocking how two people can be madly inlove with each other and then someday they never want to spend their forever with each other ☹️

New reports have surfaced claiming that Mohale has since moved out of the Dainfern home the two shared and has served Somizi with Divorce papers.

On the other hand, the reports could be untrue as Somizi and Mohale-Motaung continue to prove that they are still going very strong and are not breaking up anytime soon. We love the power couple that has been married for one year and they are planning on growing their family.

True Love magazine has unveiled them as its cover couple for this month’s edition titled “The Self Care” and they are set to shed more light on their marriage. The issue highlights burning topics such as their age gap which has always been under scrutiny, working on their marriage, and money.

The couple also speaks about plans on having a baby to extend the Motaung and Mhlongo surname. Mohale recently revealed he wants to have his own biological child this follows after a fan asked him on Instagram. In his response to the fan, he said, “We will adopt, yes. But I want a biological child, which I will make. Don’t ask me how.”

The lovebirds have had a rough public marriage as the public is constantly dragging their marriage. Mohale is often accused of getting married to Somizi due to his wealth and some have accused him of lacking affection towards Somgaga.

They have admitted that the first year of marriage is not easy. “In the beginning when people would share their thoughts about what I do, where I go it used to bother me. But then I said wait… I can’t be angry at people who don’t know me, or anything about me. People expect me to not do anything simply because I am married to a famous person. I can’t blame myself for getting married to Somizi. That must not mean I shouldn’t pursue any opportunities simply because people are going to say that Somizi got them for me,” proclaimed Mohale.