It ends in tears for Naakmusiq and his girlfriend, Robyn Leigh few months after getting engaged

It ends in tears for Naakmusiq and his girlfriend, Robyn Leigh few months after getting engaged 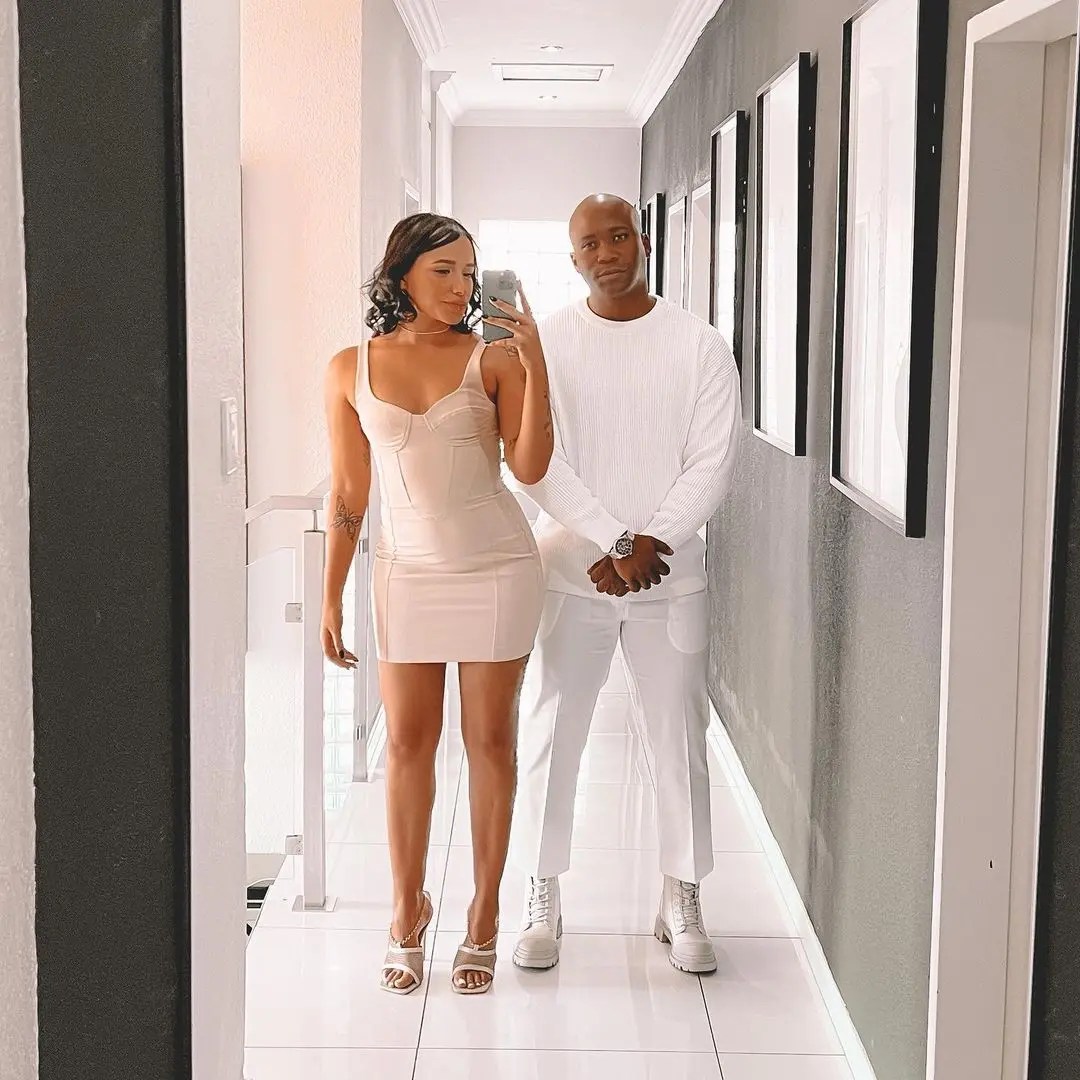 South African actor and musician, NaakMusiQ’s girlfriend says they are no longer engaged.

Just months after going public with their engagement, it appears Naakmusiq and his fiancée have called the engagement off. 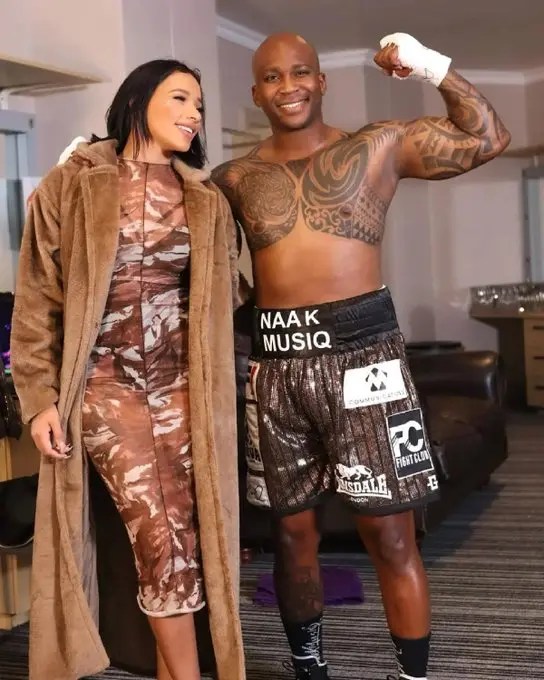 “Entering a new season and ending another. I am no longer engaged to Anga. 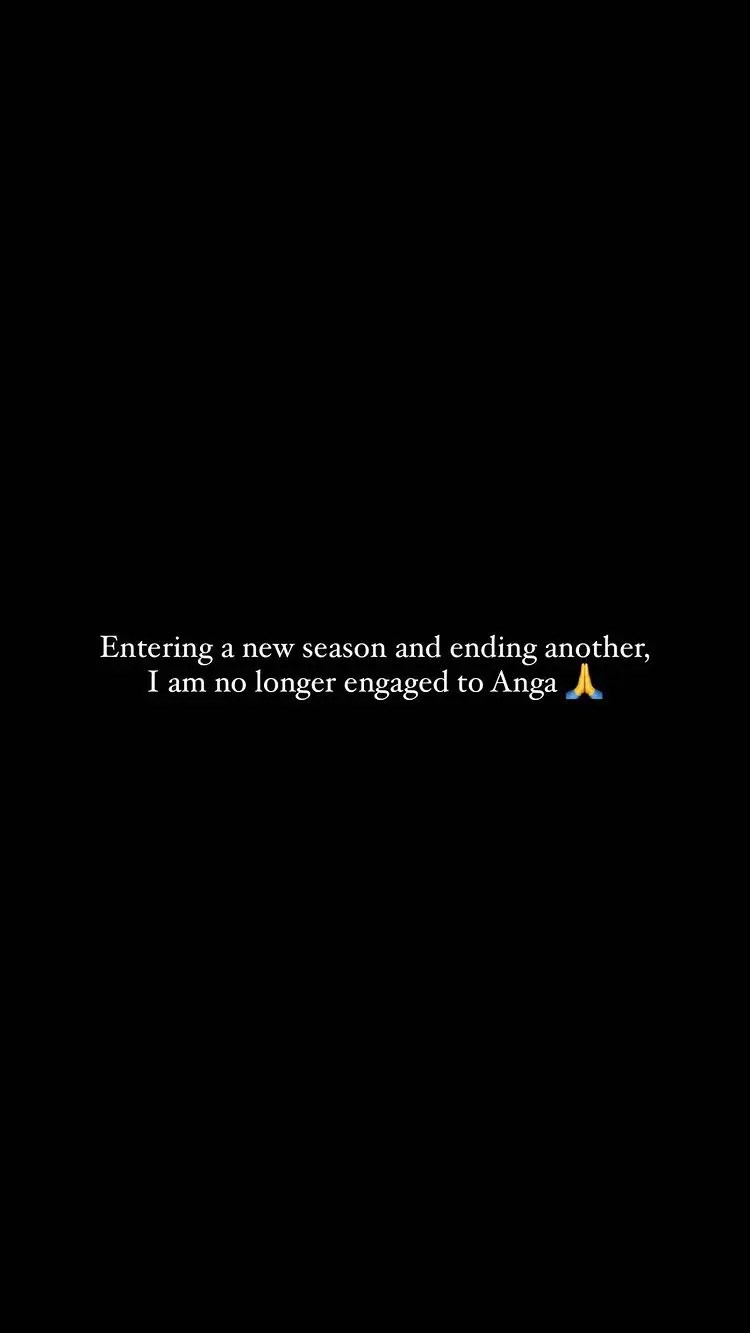 In January 2022, blogger Musa Khawula shared a post on social media that NaakMusiQ had gone down on one knee and popped the question to his better half.

He had clarified that his girlfriend had bought the ring for herself with her own money and that the choice of which finger she placed it in was all hers. He also warned tweeps to stay in their lane and keep off his affairs.

Robyn Leigh is a qualified nutritional specialist who also dabbles as a health and beauty influencer.

Not much is known about her private life,e, although going through her posts on Instagram, we know that she loves tattoos and piercings, she has a thing for big machines, and she has a soft spot for Naakmusiq whom he always posts on social media.

It is unclear when Naakmusiq and Robyn Leigh started dating although Robyn began documenting their relationship on Instagram in 2020. Naak on the other hand is known for his reputation of keeping his private life very discreet and has never shared a single post of his girlfriend on social media.

Before his relationship with Robyn got him engaged by social media in-laws, NaakMusiq dated actress/model Nandi Mbatha. You might know Nandi from her role as Simi on Mzansi Magic’s show Isithembiso.

Their relationship ended in 2020 with NaakMusiq reportedly kicking her out of his house. Nandi Mbatha later revealed that NaakMusiq’s infidelity had driven her to walk away from the relationship.

According to sources, Nandi Mbatha is currently in a relationship with musician Tellaman.

While on the topic of engagement, actress Mona Monyane announced that she is engaged and she is on cloud nine. In a short video, the actress shared pictures of her and her fiancé after they got engaged in Cape Town.

The couple looks head over heels in love while locking lips against a stunning mountain backdrop. She also showed us her sizzling engagement ring. “Abuthi a re “will you be my wifey. Nna ka re “yes I’ll be your wifey,” she gushed over her fiancé.

She went on to joke that her friends should get their outfits ready for her wedding, “Rokang basadi! Rokang!!!!!” In addition, she shared a scripture from the bible, For I know the plans I have for you,’ declares the Lord, ‘plans to prosper you and not to harm you, plans to give you a hope and a future. ‘” — Jeremiah 29:11. Jeremiah 29:11#powerofwellness. I’m engaged,” she captioned the post.