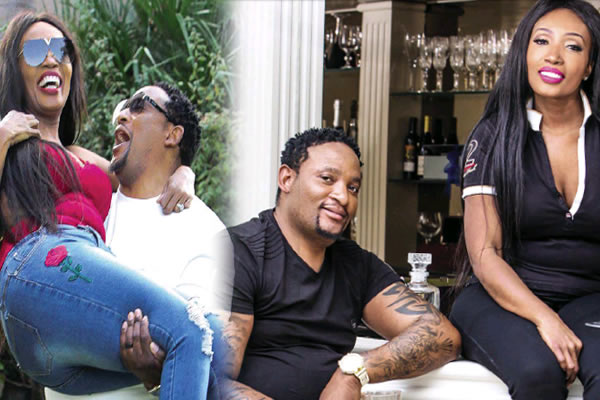 Legendary television actress Sophie Ndaba’s marriage to husband and businessman Max Lichaba is headed for splitsville just a month after they renewed their vows.

Celebgossip has learnt that Ndaba and Lichaba separated last year just after the outbreak of Covid-19 in March.

The disintegration of their much-publicised union happened after they renewed their vows and wore new weddings bands in February last year.

The two lovebirds are allegedly heading for divorce after trying unsuccessfully to sort out their differences and rekindle their love. If this faltering matrimony crumbles, it will be Ndaba’s third failed marriage in 23 years.

Ndaba, who shot to stardom when she played Queen Moroka in SABC1 soapie Generations, was married to fellow actor Themba Ndaba, who plays Brutus in The Queen, in 1998. The couple divorced in 2007.

She later tied the knot with Bishop Keith Harrington in 2011 and they broke up acrimoniously in 2013. She wedded Lichaba in 2018.

News of Ndaba and Lichaba’s separation, which was kept hush hush, was revealed by the couple’s close friend, who did not want to be named for fear of victimisation.

The friend alleged that Lichaba has moved out of their rented house in Joburg and relocated back to his hometown in Kimberley, Northern Cape, while the popular thespian has moved back to her estate house, west of Joburg.

The friend alleged that the couple drifted apart after Ndaba accused Lichaba of cheating on her with a woman from Kimberley, who is known to Sunday World.

“She said she discovered that he was cheating on her with that woman and when she confronted him, he denied knowing this woman. But she felt that the man was making a fool of her,” said the friend.

The friend added that the alleged mistress had said to Ndaba, when she confronted her about the affair, that Lichaba had told her that they are in the process of divorcing.

Ndaba said: “I have no comment. And to be honest, I don’t comment on my private life.”

The alleged concubine refuted the allegations that she was involved in an adulterous affair with Lichaba. “I don’t know what you are talking about,” she said. Lichaba refuted claims that his marriage has crumbled. “There’s no such thing,” he said.