#Isencanelengane: Thando misses her grandma’s funeral because she didn’t have new clothes

#Isencanelengane: Thando misses her grandma’s funeral because she didn’t have new clothes 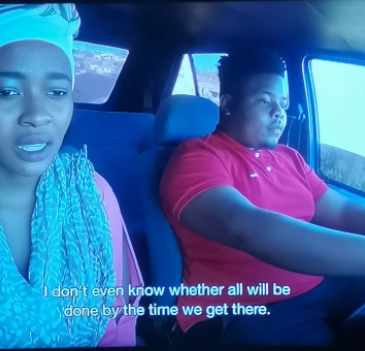 Isencane lengane couple trend every week for all the wrong reasons. If it’s not Siyacela’s disrespect towards elders then it’s Thando standing by her man all the time. In this week’s episode of the show, Thando and her husband Siyacela arrived late at her grandmother’s funeral and the reason was shocking.

Maybe this fame thing has gotten to their heads but the couple wouldn’t show up without looking good. They went shopping on the morning of the funeral and they claim the mall was too full and they had to wait in a long queue to pay hence why they arrived late. Thando’s paternal family waited for her but she was no show until the funeral was over. Later in the day, the family had to meet Siyacela for the first time and to their surprise, he was very cold and disrespectful towards them.

They concluded that if he fails to respect his elders then their daughter is in deep trouble. Siyacela’s disrespect to elders is very disturbing to watch and many people believe he was spoiled by his father since childhood because he grew up without a mother. This has left many people wishing Thando could leave him for someone even better. Isencane lengane airs every Saturday at 8pm on Moja Love.