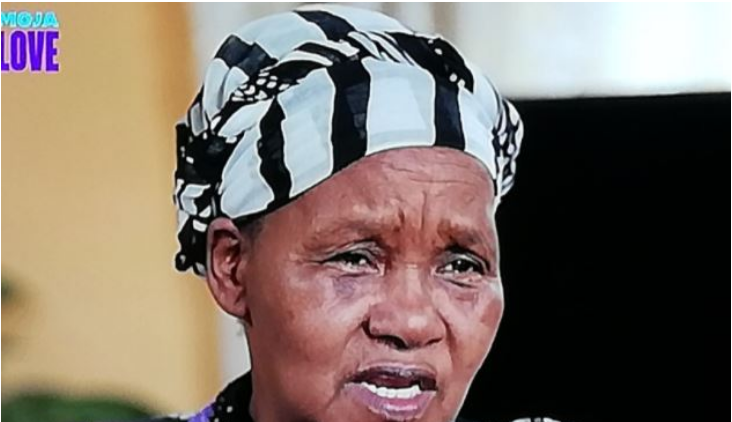 Yesterday’s episode revealed to us a different side to Thando and her husband that we did not even think existed. Maybe Siyacela can get away with it but Thando, completely shocked.

Siyacela’s grandmother expressed her disappointment in Siyacela dropping out of school just to stay at home and not do anything to further his life. Like every good wife out there, Thando told her grandmother-in-law that Siyacela has dyslexia, an incurable learning disorder “that involves difficulty reading due to problems identifying speech sounds and learning how they relate to letters”.

“People with dyslexia have normal intelligence and usually have normal vision. Most children with dyslexia can succeed in school with tutoring or a specialized education program.” Thando’s argument was that Siyacela does not do well at school and as such should not be judged for giving up.

This is why Siyacela’s gran was not having it when Thando was defending him stating that Siyacela is able to recognise alcohol but he cannot be successful at school. Siyacela’s grandmother seems to have attributed Siyacela’s willingness to go to school to laziness.

The grandmother also seems to think that Siyacela can go back to school and attend evening classes. The question on everybody lips is, can he go back and work for his wife and future kids.

The grandmother has a very strong opinion on what will happen once Thando gets educated should Siyacela not go back to school. She said, “When Thando finishes Grade 12 and goes to Varsity, she will meet educated men and realise that she is wasting time with Siyacela. No one can stay with an uneducated man or woman. Neither would I if I were educated. Whose money will he spend?”

Because of all the facts that Siyacela’s grandmother spits, she has become a fan favourite on Twitter.

The young couple was also accused of disrespecting their elders and looking down on how they choose to practise the underground gang.

Siyacela was especially vocal about his grandmother’s alleged involvement in killing his mother. Keep in mind that this very same grandmother is the one that birthed Siyacela’s mother. After a long back and forth, it was decided that Siyacela must apologise to his grandmother and grandfather for saying hurtful words.

Siyacela could not understand why he had to apologise but was open to doing it because he was told that he needed to. A lengthy discussion about when to light the incense and when one should not was had and this is when things got interesting. During their diary videos, Thando became vocal about a lot of things including how unreal their “msamo” is.

The lovebirds said they know everything there is to know about the Zulu tradition and was happening in that house was definitely not aligned to the rules of the Zulu tradition. This included how gogo talked emsamo when women aren’t allowed to.

Siyacela added that his gogo has an evil heart and does not see good in any situation.