Is the Covid-19 vaccine safe? – Here is everything you need to know

Is the Covid-19 vaccine safe? – Here is everything you need to know 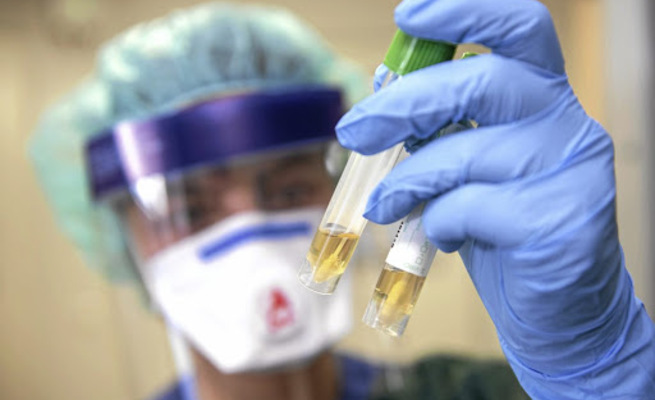 Many people are fearful of the Covid-19 vaccine. This is why it’s safe to have it

Yet many have indicated they won’t accept the vaccine against Covid-19.

Fears abound: it was developed too fast. It could make me sick. Then there are the conspiracy theories – including one that claims a microchip could be inserted in your body with the jab that will allow Microsoft founder Bill Gates to track you.

It’s simply not true, of course – but authorities face an uphill battle getting people to believe the vaccine is safe. Only about half (53%) of South Africans indicated they would have the vaccine when it becomes available here, a recent Ipsos survey found.

All the misinformation out there is fuelling the fear, says Professor Rose Burnett, head of the South African Vaccination and Immunisation Centre in the Department of Virology at the Sefako Makgatho Health Sciences University in Pretoria.

“Indiscriminate use of social media has made misleading information and conspiracy theories about Covid-19 go viral,” she adds. “The public is overwhelmed by anxiety and uncertainty and don’t know who to trust.”

The truth is that without vaccines, diseases such as smallpox and polio would kill and affect millions. Measles, mumps and rubella would still be major illnesses. And without a vaccine, it will be years before the world returns to anywhere near a semblance of normality. Here’s more about this lifesaving jab.

HOW DO VACCINES WORK?

They contain weakened or inactive parts of a germ that’s introduced into your body, usually by an injection.

Your immune system reacts to the vaccine by making antibodies. The antibodies destroy the weakened vaccine germs just as they would the disease itself. They stay in your body, waking up to give you instant immunity if you are exposed to the real germ.

Simply put, vaccines work by exposing you to a safe version of a disease, before you get exposed to the real disease.

Yes, says Burnett. “Vaccines are subjected to rigorous safety testing and will only be released onto the market if they have been found to be safe and effective.”

Before being administered to the public, a vaccine is tested on animals, then on groups of humans. The vaccine is also subjected to ongoing studies to monitor any potential side effects.

We now have vaccines to prevent more than 20 life-threatening diseases, enabling people to live longer, healthier lives. Immunisation currently prevents two to three million deaths every year from conditions such as diphtheria, flu and measles.

The growing anti-vaxxer movement has led to the return of measles to some countries in the northern hemisphere where it had been eradicated for years, says Dr Albie de Frey, an honorary lecturer in travel medicine at the University of the Witwatersrand.

WHAT ABOUT THE SPEED OF THE VACCINE’S DEVELOPMENT?

There’s no need to worry, says Dr Nokukhanya Msomi, head of virology at the School of Laboratory Medicine and Medical Sciences at UKZN and the National Health Laboratory Service.

Advanced technology over the years has made the fast production of vaccines possible. “There may be shortterm, mild vaccine reactions that resolve without complication or injury, but studies show the Covid-19 vaccines are safe.”

Usually vaccines take about 10 years to develop, but thanks to advances in genomic sequencing, researchers successfully uncovered the viral sequence of this disease in January 2020 – about 10 days after the first reported cases in Wuhan, China. But this doesn’t mean the vaccine was a “rushed job”.

There have been such major advances in the science of vaccine development over the years that researchers were able to refer to them to develop the Covid-19 vaccine.

Specific technology that was used for the development of this vaccine has been researched for some time, which means it could now be created faster than ever.

So while the jab may seem, to some, to have reached the market frighteningly quickly, scientists actually used information they have been gleaning for years to develop the vaccine.

“This speed of the development of this vaccine challenges our whole paradigm of what is possible in vaccine development,” says Natalie Dean, a biostatistician at the University of Florida in the US.

“It’s tempting to hope other vaccines might now be made on a comparable timescale against diseases like tuberculosis and malaria that kill millions of people a year.”