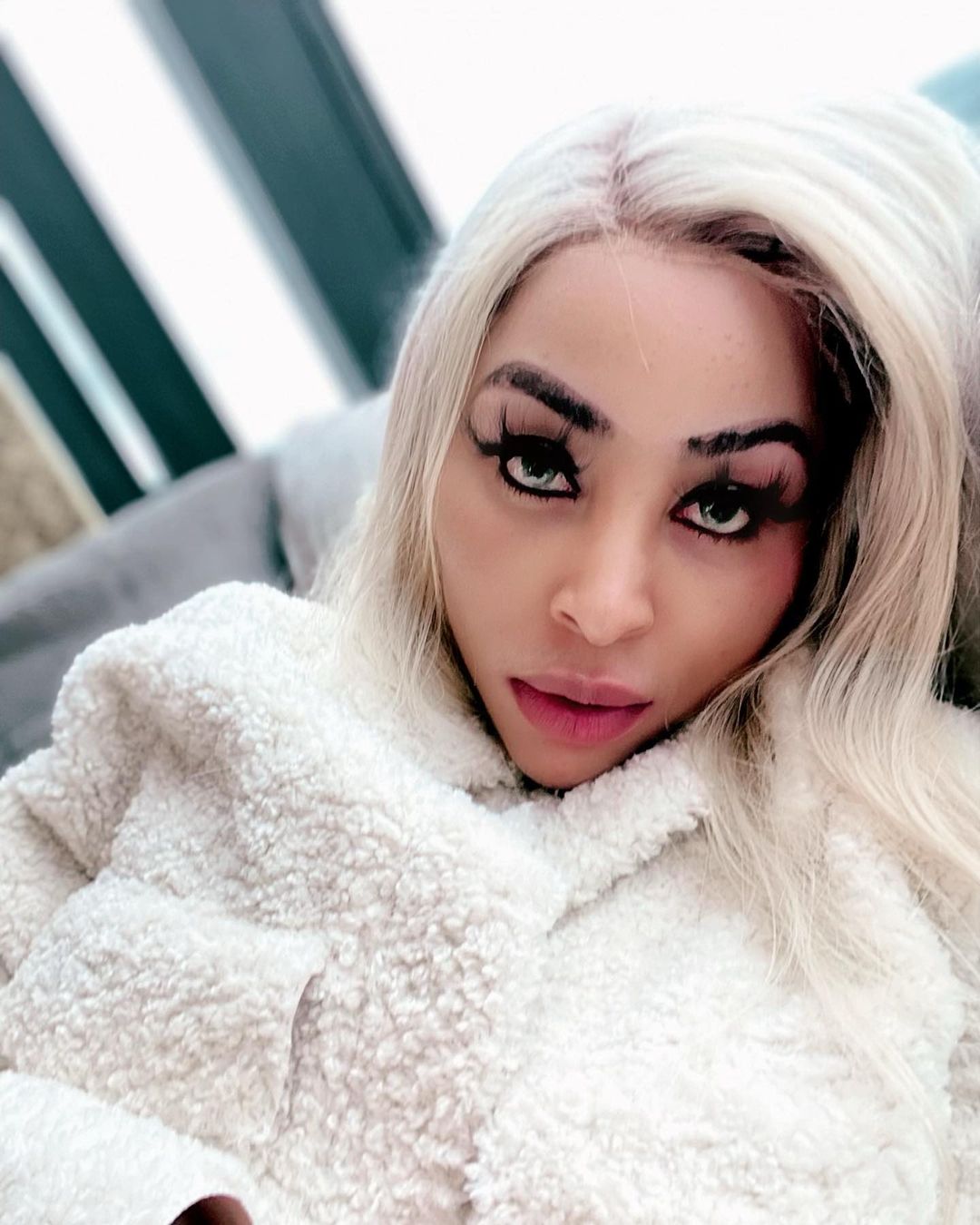 The reality star shocked her fans when she revealed what looked like an engagement on her finger on her Instagram stories a few days. She’s also posted a picture recently where she’s wearing a ring on wedding finger.

Although the actress only came public about her new relationship this Valentines, sources have revealed to Sunday World that she’s actually been seeing her new bae for a few months already.

The reality star who is apparently filthy rich also revealed in an interview with Sizwe Dhlomo on his Kaya FM radio show why she only dates wealthy men and she does not want a partner who is not rich after her split with ex-boyfriend, Tebogo Lerole.

She explained that money is primary and love is secondary for her as she was in a loving relationship with her ex-boyfriend but it didn’t last. However, the couple officially split a year and a half after getting back together.

Before dating her new millionaire bae, she also revealed on her Twitter account that she’s looking for a handsome and rich man:

“I feel like going on date a very handsome rich man tomorrow night. Serious people only. Ps. I said handsome and rich. Tag me.”

Speaking to TshisaLive the reality star stated: “The thing is with my relationships I treat them like how I buy a car or a house … you know what you want in the house. I know what my requirements are and I’m not going to back down.

“So many people confuse relationships and say, ‘Ah, I’m looking for love’ and two months down the relationship they’re looking for something else and that’s why they’ll never win because you haven’t made it clear what you want.”

Kudzai Terrence is 6 years younger than Mbau as he is 28-year-old Kudzai Terrence Mushonga. He is also reportedly the youngest Zimbabwean to own an aeroplane back in 2016. He got his nickname “Ndege Boy” which is a name he earned after splashing out on a collection of private planes.