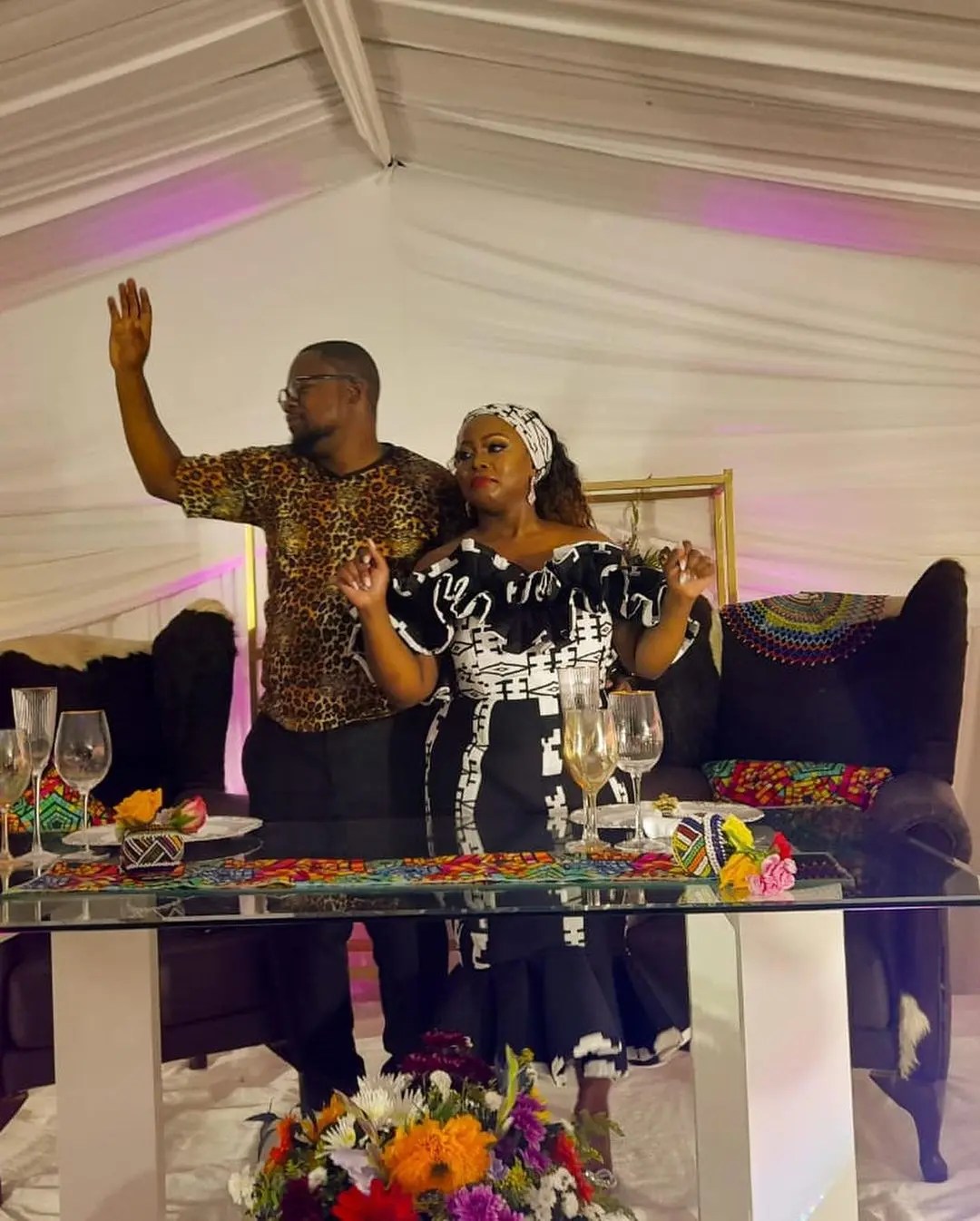 Nolwazi Shange Ngubeni is best known for her role as Lady M in Scandal. On Television, she is married to Jojo Kubeka, played by Melusi Mbele. Yesterday the internet was on fire as several public figures and celebrities shared pictures and videos of the proceedings at the Scandal actress and her husband Mzwandile Ngubeni’s traditional wedding. Here is a look inside Nolwazi Ngubeni ‘Lady M’ from Scandal’s Traditional wedding. 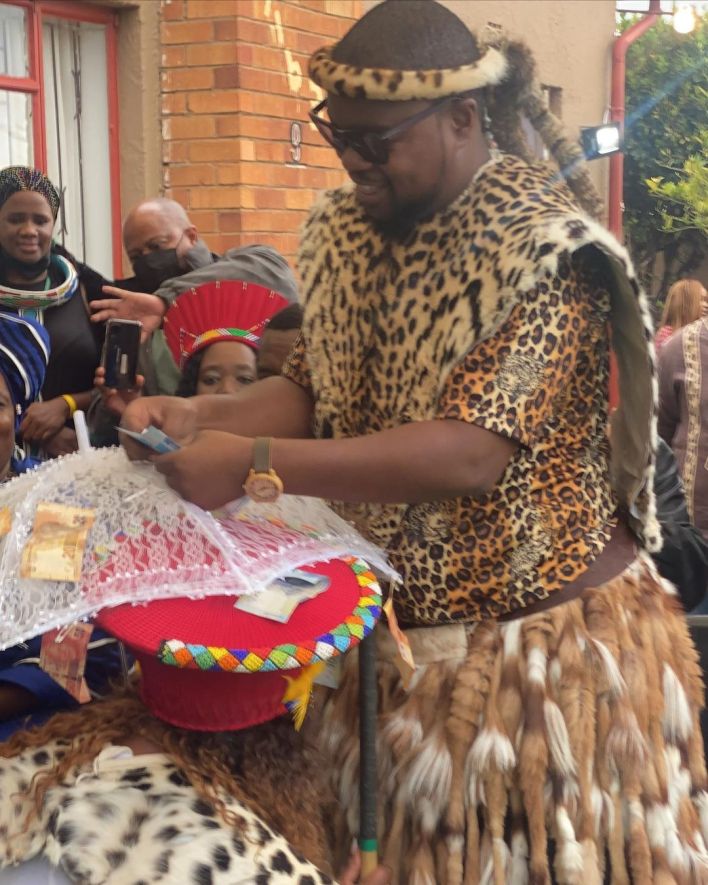 Nolwazi Ngubeni and Mzwandile celebrated their fifth wedding anniversary by having the traditional wedding ceremony they did not have before. According to Nolwazi’s posts, in 2016, they signed their marriage certificate with a few friends and family and had a small lunch. This year they decided to celebrate their union with many people. The couple has been married for five years and has two children they were blessed within their marriage. 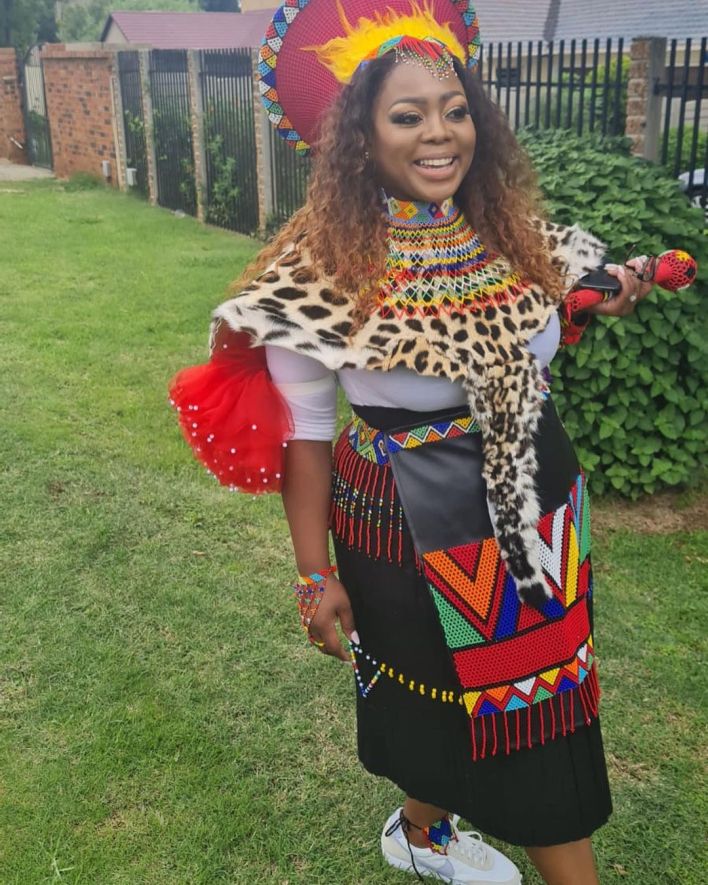 Famous faces joined them at their ceremony, including Miss SA 2015 Liesl Laurie and her husband, Dr Musa Mthombeni. The Doctor gave a speech as the groom’s friend. Television personality/ Actress Thando Thabethe also attended the intimate ceremony with her boyfriend, Lunga Shabalala. Nolwazi’s on-screen husband on Scandal Melusi Mbele was one of the guests at the traditional ceremony, and he attended with his woman. 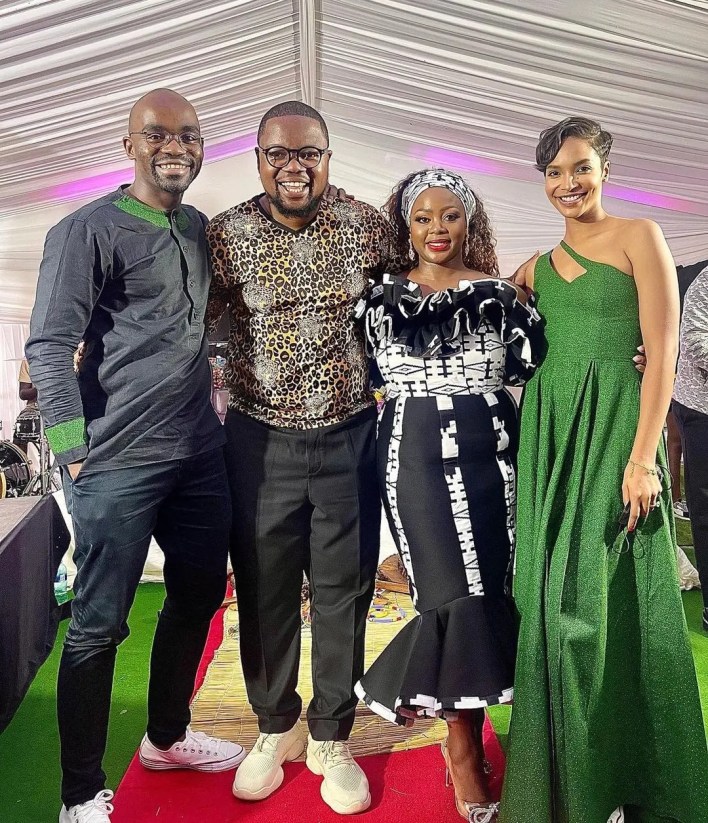 Nolwazi and Mzwandile met years ago on set while working on a television project together. They hit it off and were married in 2016. The two never tire of showing off loved-up pictures with each other on their Instagram handles. They are still a family of four as they are blessed with two kids they both adore.

Celebrities were all over Instagram in comment sections of the couple or the guests sharing their congratulatory messages for the couple. The two are known amongst their colleagues to be of bubbly personalities, and their traditional union ceremony was a testimony to how happy they are as individuals.