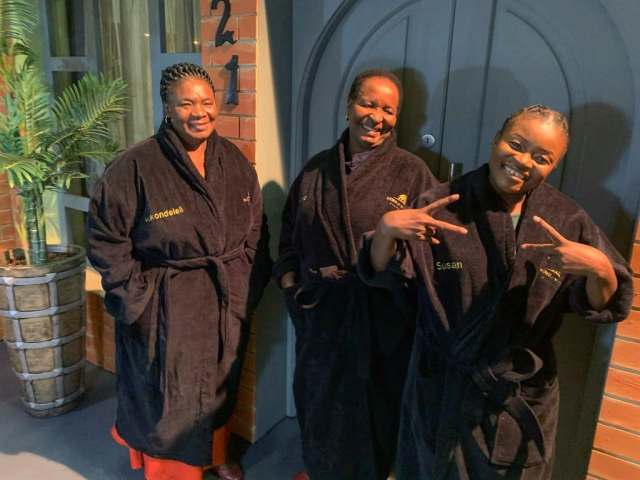 In commemoration of Mother’s Day on Sunday 9 May, Muvhango will host a series of media engagements with the youth.

The engagements, which will continue throughout May, will see Muvhango cast members including Vho-Mukondeleli, played by Elsie Rasalanavho, Vho-Hangwani played by Connie Sibiya, Vho-Makhadzi played by Eunice Mabeta and Vho-Masindi played by Dr. Regina Nesengani talking to the youth on burning issues including femicide, unemployment, bullying, and suicide.

They will also read leers of comfort they’ve written to the youth around these themes.

Commenting on the campaign, Eunice said the high rate of youth unemployment in South Africa has resulted in many social ills.

“The negative consequences of unemployment for one’s well-being have been well documented. Being unemployed is very unpleasant and can cause boredom, loneliness, uncertainty about the future, concerns about financial matters, emptiness, and conflict.

Also, stress, loss of income, and isolation all can exacerbate the risk of violence for women. I want to address these issues,” said Eunice.

Dr. Nesengani, who will address gender-based violence and femicide, said GBV is a big challenge that affects the youth of Mzansi.

“Issues like inmate femicide and GBV are becoming more common in the country. This has caused so much pain in families. I want young people to understand that femicide is a human rights violation.”

Elsie, who will tackle bullying and suicide, said in South Africa countless children have fallen victim to bullying, harassment as well as abuse in and outside their schools.

” I will be engaging in appropriate an-bullying intervention campaigns. I want to raise awareness concerning this social ill,” she said.

Word of Mouth Pictures CEO, Mandla KaNozulu, said these social awareness campaigns by the actors are aimed at encouraging and teaching the youth about social values.

“We hope the campaign will provide guidance on how to find safety and support for victims of social ills,” he said.

He said the leers will be published on Muvhango’s social media platforms on Sunday, 9 May, with a surprise performance by the cast members.