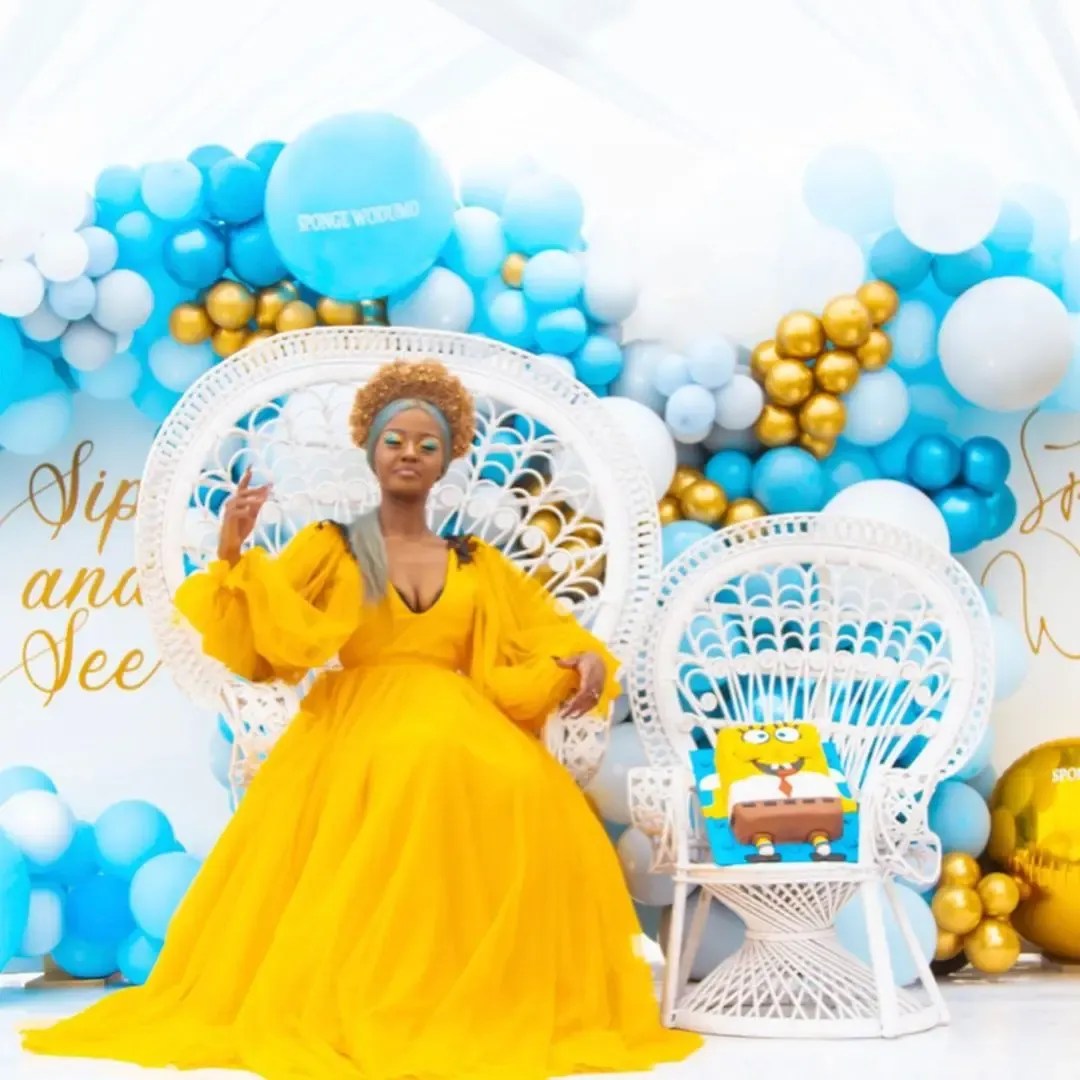 Reality TV stars Babes Wodumo and her husband Mampintsha hosted a young party at the weekend to introduce their son to their closest friends, so they could shower him with gifts.Babes Wodumo1

The party was something like a baby shower – only different because Babes already gave birth to her bouncing bundle of joy known on social media as Sponge. The couple coined the phrase “Sip and See” intended to explain that they would be sipping some drinks with friends who get a glimpse of their son – whose face they haven’t made public yet. 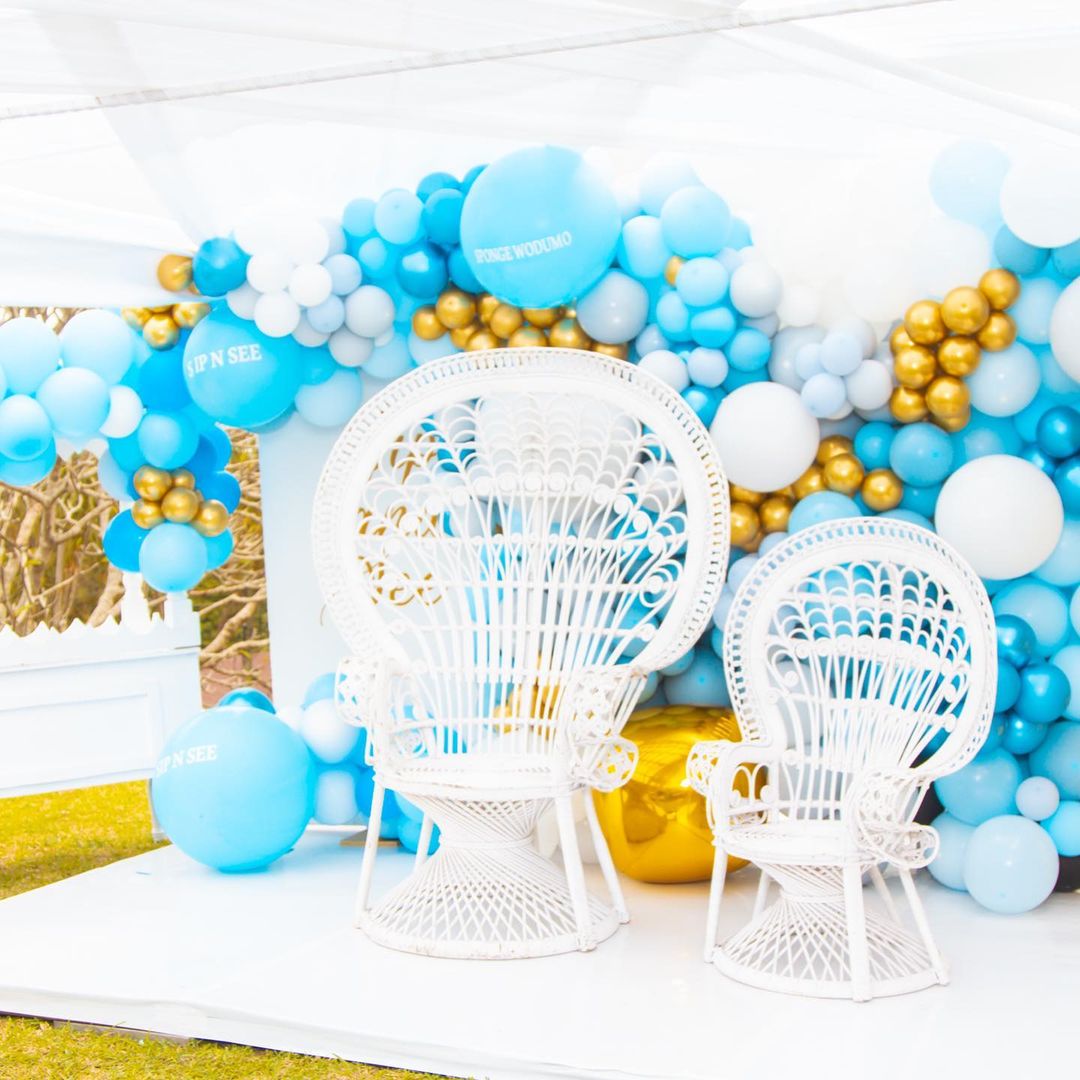 With a SpongeBob SquarePants theme, the venue was filled with shades of blue, gold and yellow. The pair had a SpongeBob cake made that posed with Babes in all the pictures until the real Sponge made his appearance – probably after nap time. 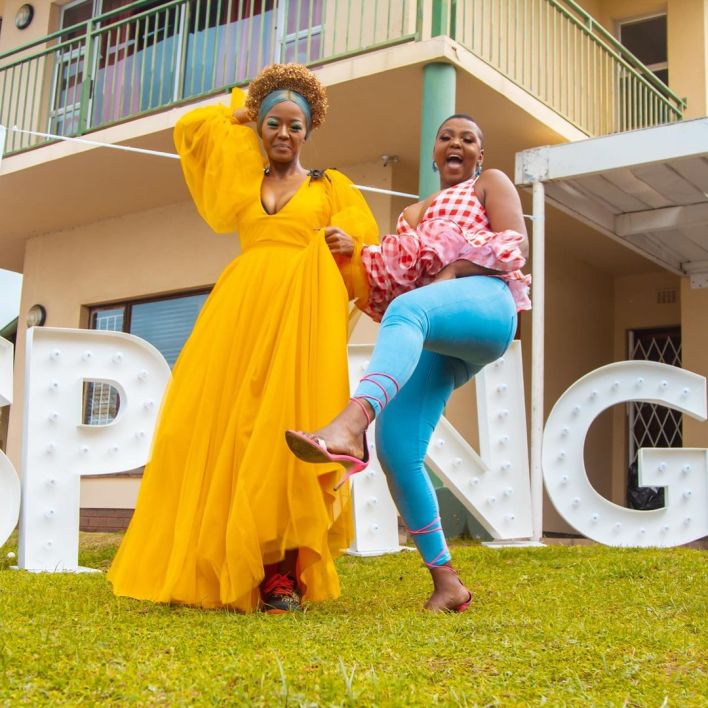 When the baby had retired to the house for naps or feedings or nappy changes, Babes was the lady of the moment as some of the gifts were meant for her.

Even though the Wololo hitmaker appeared to fans to have lost weight – on account of her exposed collarbones and cheekbones – the mother of one still looked radiant in a bright yellow, flowy dress that she accessorised with a gold flower crown.

Babes’ face was also beat to the gods by MUA Samke and her dress was designed by Sizwe Mncube.