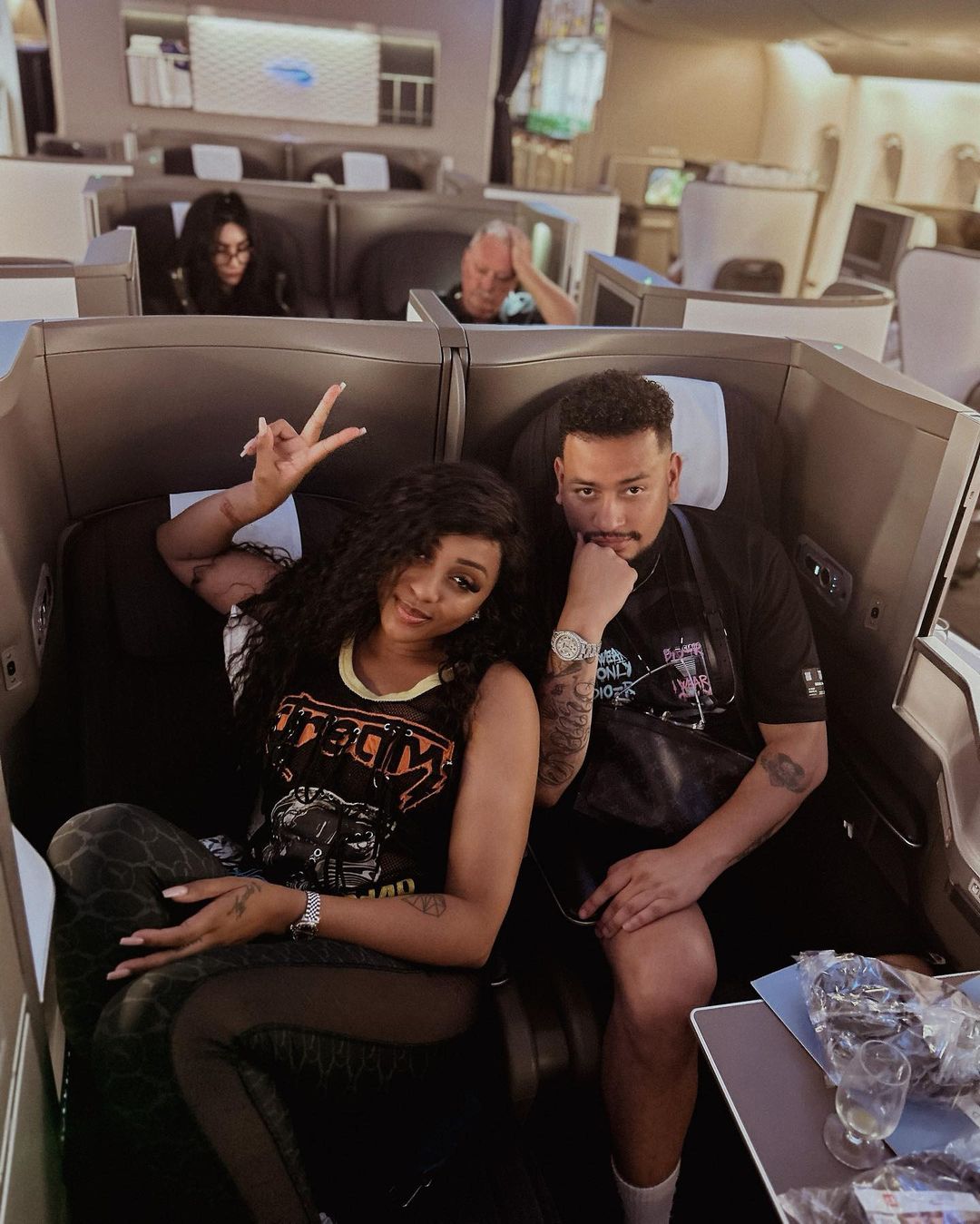 AKA and Nadia Nakai have left the country for a vacation in the United States of America. The lovers announced the vacation on their social media platforms with a lovely photo of themselves sitting in the airplane.
After over 24hrs of travel, we’ve finally arrived in Cincinnati, OH … tomorrow night I’ll be @wwe MONDAY NIGHT RAW, drinking some and watching my homie @thegiantomos & @the305mvp putting in WORK … aww man, Praise God, what a time to be alive,” AKA captioned post. 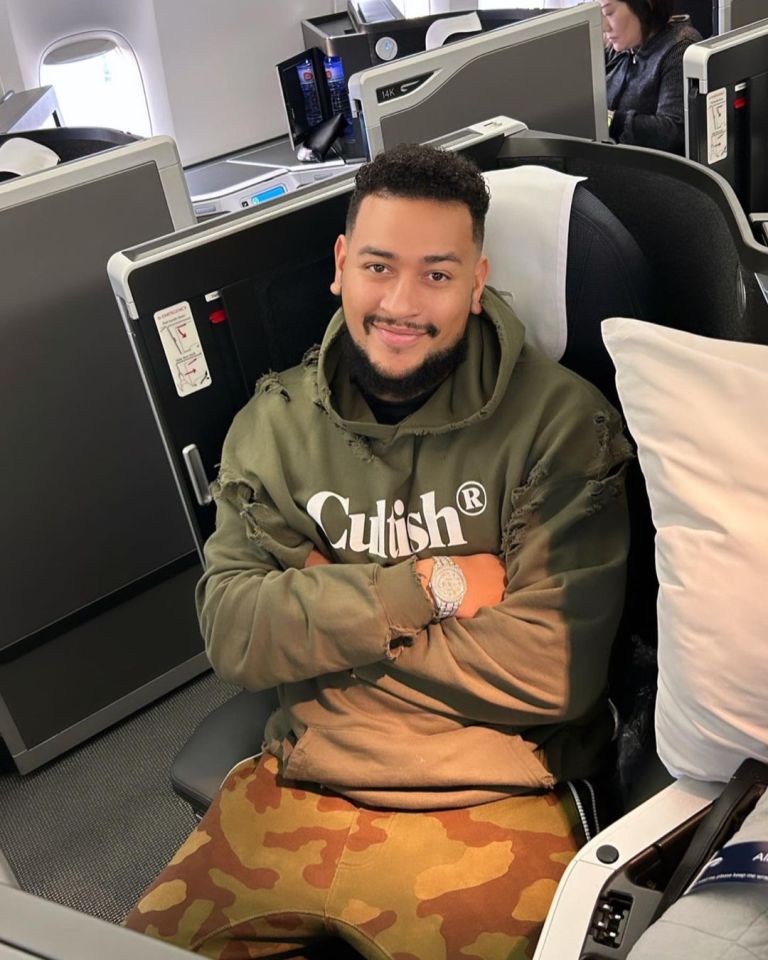 AKA and Nadia Nakai have taken their baecations international after a fun family getaway in Sun City The popular rappers had their fans green with envy when they shared that they jetted off to the USA Posting on his social pages, the Energy rapper revealed some of his plans including watching a WWE match live.

AKA and Nadia Nakai are painting timelines red with their blossoming romance and Mzansi is here for it.
The couple has been taking over as one of the country’s power couples with their loved-up snaps, matching tattoos and fun family vacations.

The award-winning rappers are proving to be a match made in heaven. A few days ago, social media users were glued to their phones, waiting for content from the couple’s family getaway where AKA and Nadia Nakai’s families joined them for an adventurous trip to Sun City. 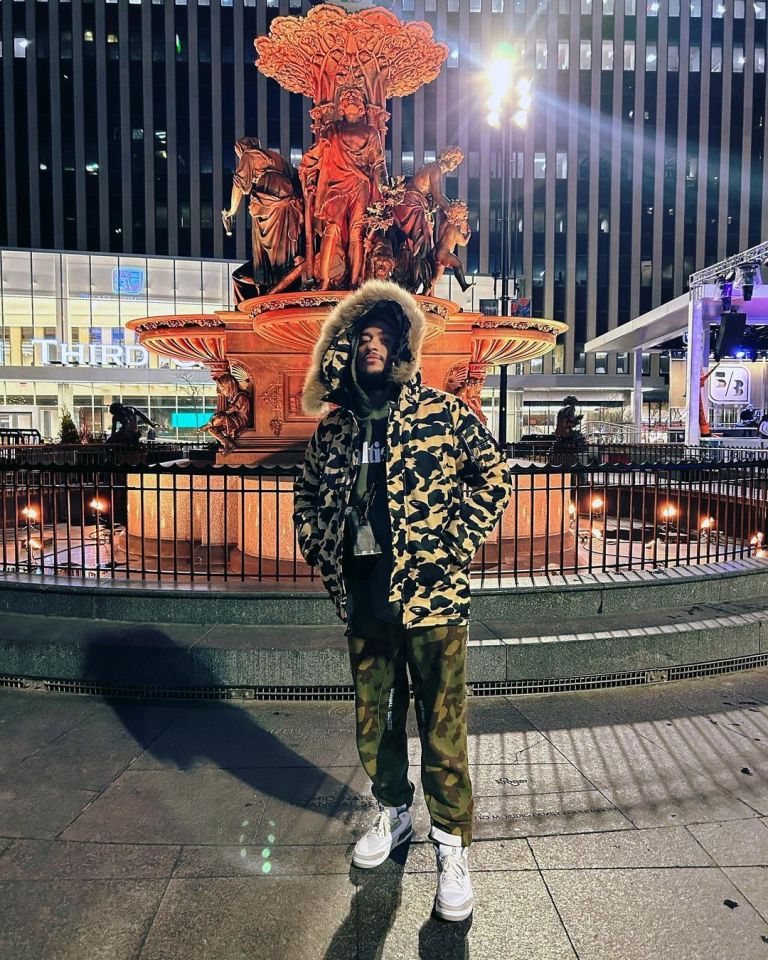 Days after the trip that caused a buzz on social media, the sweet couple announced that they were flying to the USA to continue their vacation. Nadia Nakai first shared a snap on her Instagram page and put the American flag in the caption.

After over 24hrs of travel 🧭🧳 we’ve finally arrived in Cincinnati, OH 🇺🇸 … tomorrow night I’ll be @wwe MONDAY NIGHT RAW 🔴 throwing back some cold ones 🍻 … God is good 👍🏽 pic.twitter.com/QvEFTMSVPY

Heading to his Twitter page, Bhova announced that they landed safely in America and had a few things on his to-do list. The rapper stated that he was planning on watching a WWE match live while sipping some cold beer.