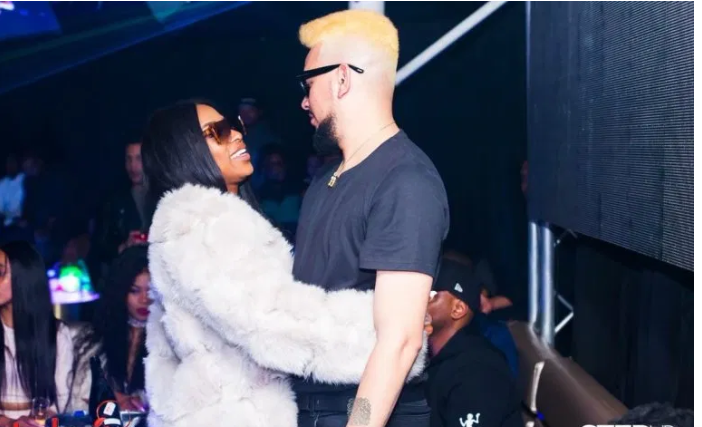 Mzansi’s power couple, musicians DJ Zinhle and AKA, have not denied or confirmed rumours that they have broken up. This after a report by City press said AKA “dumped” Zinhle over the holidays.

From rumours of being ‘“dumped” on the eve of her birthday to supporting each other, here are five must-read stories about the pair:

‘Dumped’ on the eve of her birthday

City Press quoted a source as saying the couple did not spend time together over the holiday season. “AKA and Zinhle are inseparable — they do everything together, including going on vacation, but December was different.”

DJ Zinhle and AKA kiss

TshisaLIVE reached out to AKA’s manager, Phumza Nohashe, who said: “I don’t comment on his personal life. Ask me about his professional life and I can comment on that. So at this point I won’t be giving comment.”

DJ Zinhle gushes over AKA

Just a week ago, DJ Zinhle did what the two have been doing since getting back together in 2018 — gush over her bae. She posted a picture of AKA in a Superman costume he wore during one of his performances. She captioned it with a heart-eyed emoji.

When one of her Twitter followers said the rapper was blessed to have her, she responded, “very much”.

DJ Zinhle says things between her and AKA are easier

In an interview with Drum magazine, the DJ made it clear they were back together and not afraid to show each other off in public. Zinhle also emphasised that rumours had no place in their relationship.

DJ Zinhle and AKA

“We are at a point in our relationship where we do not care too much about what people think. All we are concerned about is creating an environment that’s great for our child and making sure her childhood is filled with beautiful memories with mommy and daddy.”

The DJ and their daughter stole the limelight during AKA’s orchestra gig in Durban two months ago, proving they are a power couple. AKA posted a loved-up snap of him and DJ Zinhle.

AKA to Zinhle: ‘You’re one in a million’

AKA gushed over his queen during the launch of her studio, Jiyane Atelier, in October last year. The DJ had been sharing snaps of designs on social media before its official launch.

Once the project was completed, the DJ shared the news on Twitter, to which AKA responded: “Your work ethic is hectic. You’re one in a million.”