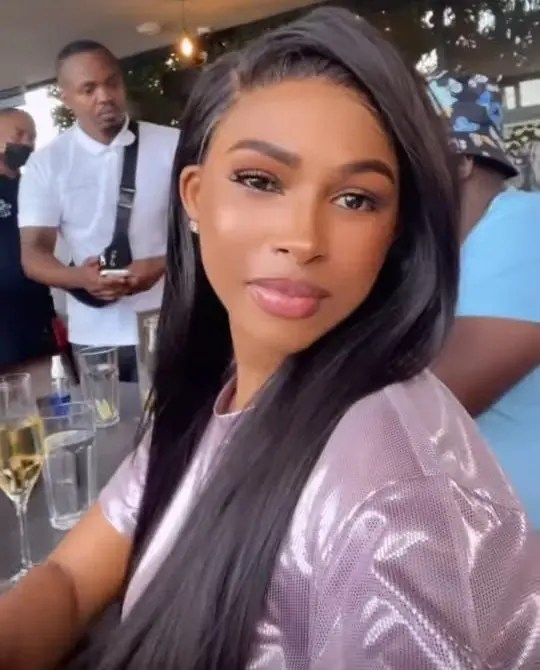 Taking to social media, a popular South African blog, thepopcornroomrsa, says that as the video began to go viral yesterday, they decided to send the video to Yola, who at first denied stealing a handbag at Bryanston restaurant Gemeli a few nights ago. 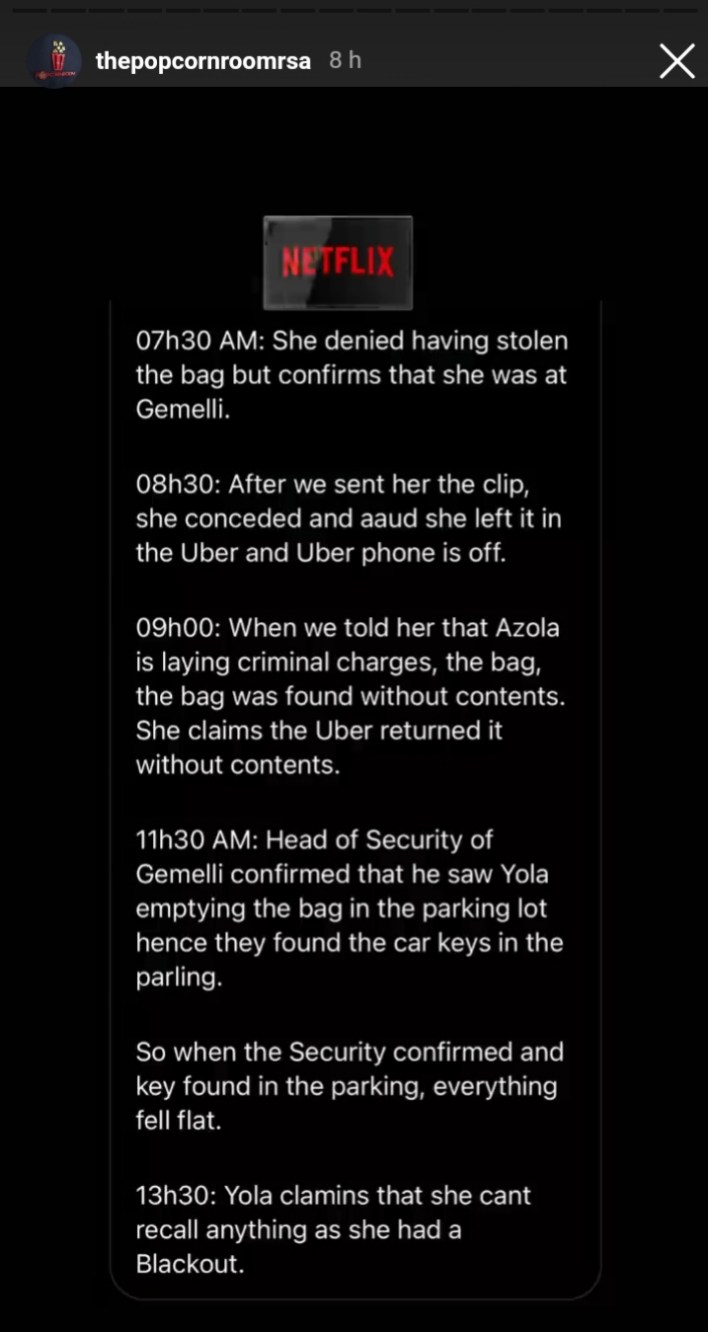 After they had sent the video to her, she conceded and added that she left the handbag in a UBER, but the UBER has given the handbag back to Azola.

According to Yola, she claimed she couldn’t remember anything, as she was a blackout.