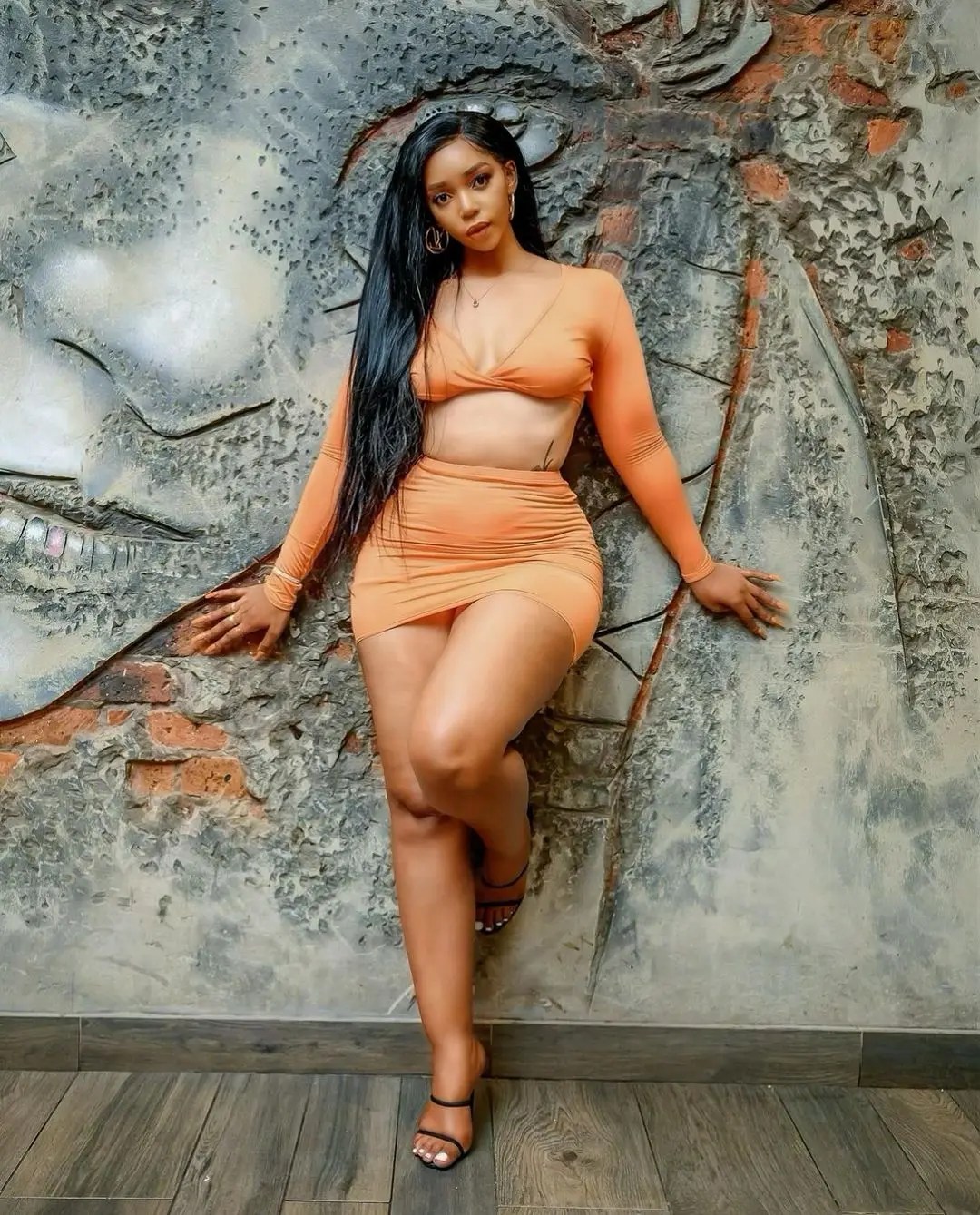 Congratulations to Kimberly Nomonde Cindi known as Kim Kholiwe for getting a new car from her baby daddy. The influencer, club hostess, and cast on her friend’s reality TV show Have Faith posted the news on her stories.

Kim Kholiwe announced her pregnancy to the public, and many did not reasonably expect it. When she told her fans she was pregnant, she was in her second trimester. Her pregnancy journey from when she was still a few weeks pregnant is featured on the show. On one episode of Have Faith, Kim told the public the father of her child was a wealthy businessman and one day. She heard from the grapevine that he got married while she was expecting. After she gave birth, her husband’s new wife forbade him to visit or form a relationship with the baby boy called Okuhle.

After Kim told viewers her baby daddy is a wealthy entrepreneur who recently married, tweeps put two and two together. They said her baby daddy is the businessman Hlubi Nkosi who had recently tied the knot with Londie London. Londie London posted an Instagram Q and A in her stories, and when asked if her husband fathered Kim Kholiwe’s son, she said no. The rumour was shut down by numerous people who said it was false.

Yesterday Kim posted a new shiny black Discovery Land Rover on her Instagram stories and said it was an early Christmas gift from the father of Okuhle. Friends like Faith Nketsi and her fans congratulated the new momma for her new whip. 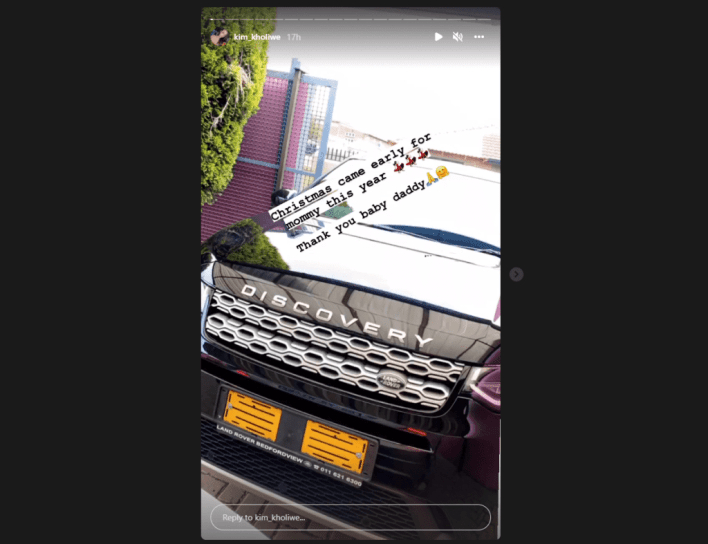 Up to today, Kim hasn’t announced who the father of her child is, and since we’ve learned his wife does not want him having a relationship with baby Okuhle, what does he buying Kimberly a brand new luxury car mean for his marriage? 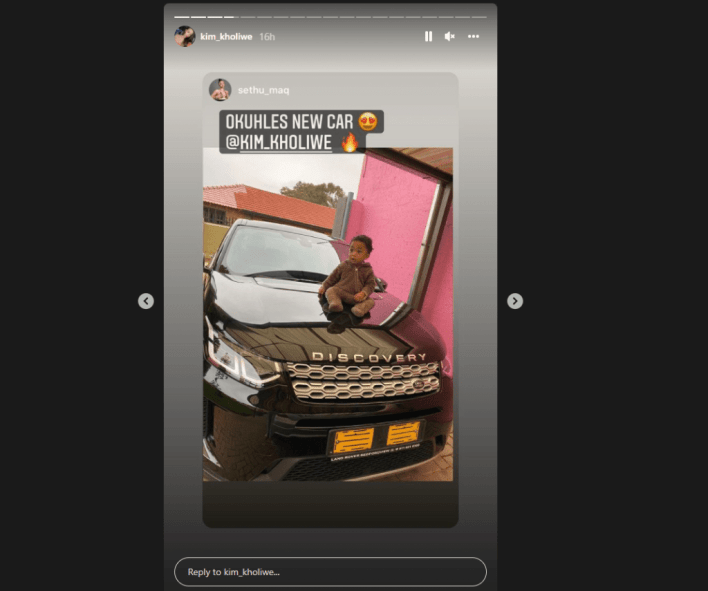 Has the wife finally accepted baby Okuhle, or is the husband against his wife’s wishes? Some fans are speculating that Kim and the dad could be rekindling the things.