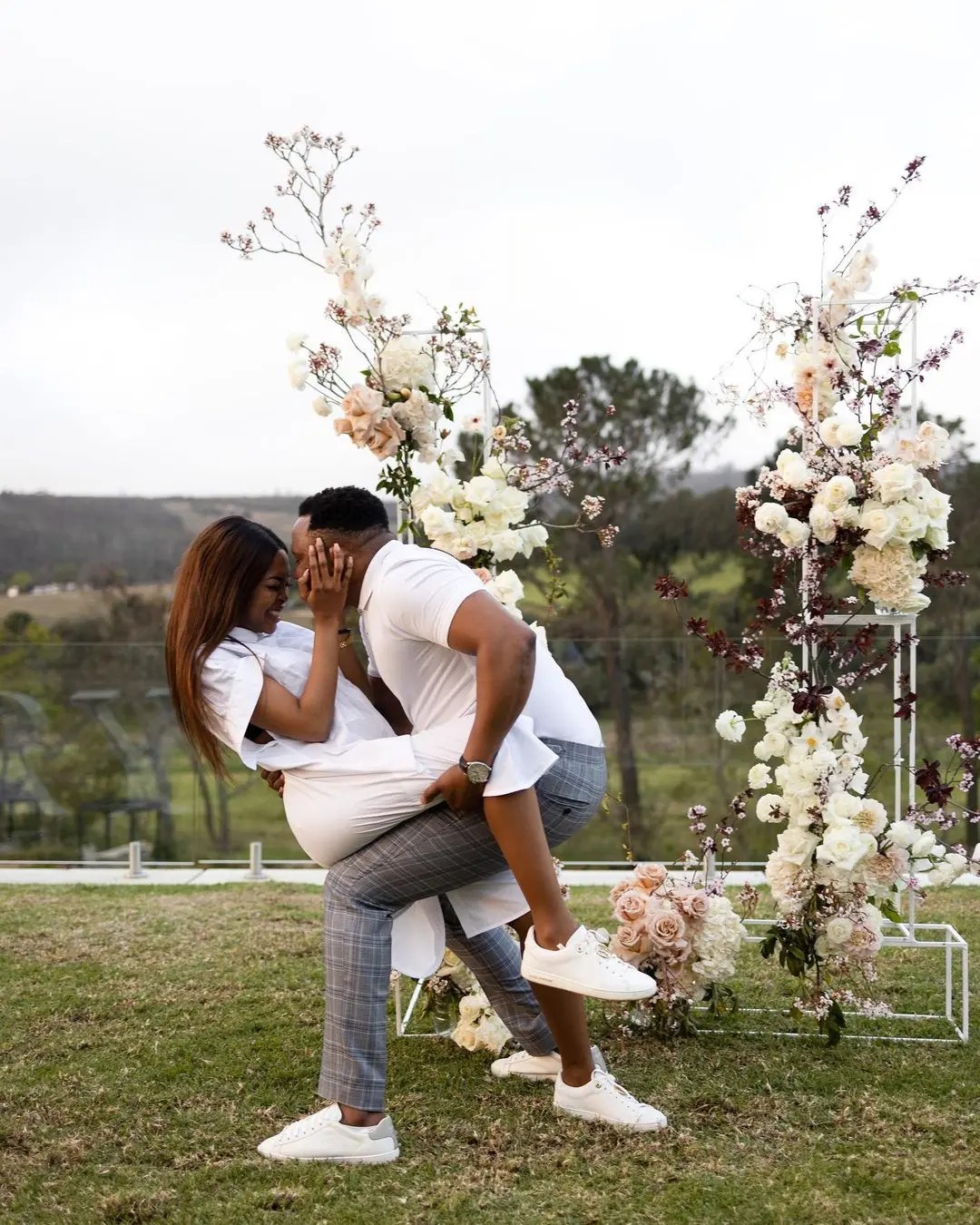 2021 has certainly been a life-changing year for media personality K Naomi who is not only set to walk down the aisle after her bae popped the question but is also about to become a first-time mom.

Naomi made her pregnancy announcement on Sunday with the cutest video posted on her Instagram.

The TV presenter, who recently became a fiancée, expressed her joy and gratitude at the new chapter that awaits her as she showed off her growing baby bump in the video.

“Oh Baby! Another beautiful chapter … So excited, so nervous, Baby P is on the way! And so the journey begins … #AGodThing”

Watch the cute video below:

Within minutes of posting the video her comment section was overflowing with congratulatory messages as fans and industry peers wished her well for her new chapter as a mom and a wife-to-be.

Naomi has been describing this chapter of her life as “A God Thing” meant to illustrate that she’s stepped into a season of her life that could only happen because it is God-ordained.

The media personality has been a woman in love for a while but only made her relationship with her bae, only known as Tshepo, Instagram official a few months ago.

In September, the TV presenter shared the good news that her bae had asked for her hand in marriage.

“I said ‘YES’ to my best friend!” she wrote on Instagram sharing the good news.

Getting into her feels, Naomi said she is still in awe, adding that she’s grateful her man has kept a promise that he made to her before they started dating.

“I remember my fiancé saying this: ‘Someday when you want to, and you feel my vibe, I will show you how a queen is meant to be treated …’ This was before we even started dating and I didn’t want to give him time of day. You’ve done exactly that from the day 1,” she wrote.