I’m not divorcing Somizi – Mohale Motaung sets the record straight, opens up on ups and downs of their marriage

I’m not divorcing Somizi – Mohale Motaung sets the record straight, opens up on ups and downs of their marriage 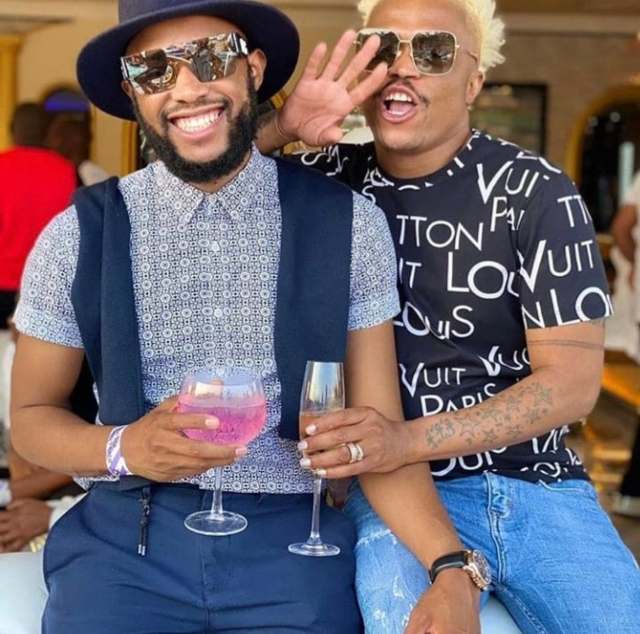 Mohale Motaung is carving himself a name in acting and his latest role in Mzansi Magic’s Rockville proves just that.

Mohale plays Zamani in Rockville, where he is Sipho’s boyfriend, acted by popular comedian Trevor Gumbi. His character made its debut last week.

“Zamani is a very loving guy, he is very curious. I found out there was an audition process, I auditioned for the role and that’s how I got it,” Zamani told the publication.

Mohale says he has similarities to Zamani in that he is sweet and humble. This has resonated in his acting career, saying he is attracted to roles that are similar to him and his lifestyle.

Are Mohale and Somizi still together?
Mohale was introduced to the public through his relationship with his husband, Somizi Mhlongo, and their reality show. Their relationship has made the headlines in the past few months, with reported troubles. Clarifying their relationship status, he said things were bumpy.

Due to his attachment with Somizi, Mohale has to deal with perceptions that his recent gigs in acting are due to his relationship. The actor says he had a passion for acting since his first year of varsity and had the help of a friend who took up the profession. Essentially studying them, watching plays and enjoying the art that goes into it.

Acting career
“I like telling stories in a very human way and how people overcome certain things.”

Mohale is aware of the criticism he receives for whatever he does and the critique of his acting is noted, but sees it as an opportunity for growth.

“Sometimes criticism is welcome. It makes you look at how you are doing things and how you change it.” He adds he can’t blame people for thinking he has had it easy in the industry, but it is “not how I want people to think but I do get that”.

Mohale says working with Connie and Shona Ferguson who created Rockville had been amazing, paying props to his co-star Gumbi.

“Working with Trevor, he is a superstar, he is very funny. He makes it joyful playing his partner, I applaud him.”

Gumbi is not gay, he plays a gay man, something that is becoming taboo in Hollywood. A lot of activists and people in the LGBTQIA community are calling for their industry to cast actors who identify with the group.

Mohale agrees with this: “I feel that for me, an actor who plays a gay man, the best person for that is a gay man. Sometimes when we give a role to a straight man, they tend to portray a very feminine side, a play on their hands.

“But if you look at people who have gone through and witnessed what you have been through, it is very important. I am seeing changes here and there in production. It is important to have a gay role played by a gay man.”

Mohale concludes he is open to any genre of film or television, he just wants to be given the opportunity to act.