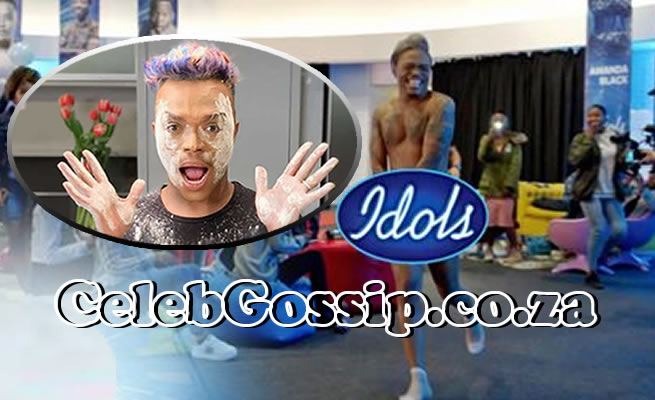 Before the top four were announced by the host Proverb, the top five consisted of Mpilo, Nozi, Thapelo, Ty Loner and Zee.

However, Zee didn’t make the cut as she didn’t garner enough votes. The top four song themes were new “school Mzansi hits”, and some tunes “that should have been done better by Wooden Mic auditionees”.

Judge JR Bogopa commented that the final four can sing but now is the time to show they have what it takes to win.

Judge and actress Thembi Seete said on her performance of Khusela; “I admire the discipline and control you have with your vocals. It was a very hard song, but you held it down”.

Mpilo’s cover of Labrinth’s Jealous was also praised by JR, who said the singer had a vocal range that “very few South Africans have”.

Ty Loner was next to perform he took on Musa Keys and Loui’s Selema and his second performance was John Legend’s You & I.

Somizi commented that he is now aware of why the public loves Ty so much. He said: “You’re not perfect, but you’re a pop star. You have something that money can’t buy”.

Another fan favourite Nozi’s first performance was Mvzzle’s Thando and second Beyonce’s Listen. JR said Nozi shouldn’t change her game plan, particularly a song choice such as Listen, “This was brilliant,” he said.

Possibly the most talked about performance was from Thapelo. His song choices included Vusi Nova’s Ndikuthandile and Lloyiso’s Seasons, who made it to the top 5 on Idols in 2018.

Somizi then made a bold statement that Thapelo’s version of Seasons was better than Lloyiso’s, a comment that didn’t sit well with his fans.

Somizi never baba, he did not sing it better then Loyiso, neverrrrrrrrrrrrr..
We talking about Loyiso here, ayiiiiiiiii nooooooo😲 #IdolsSA pic.twitter.com/t9168G1fjQ

Somizi must listen to this song, and come back with an apology next week for disrespecting LLoyiso like that. Yohh😔😩#idolssa pic.twitter.com/4YNclsT7T0

Lloyiso remains undefeated and no one can ever replace his voice Give credit where due#IdolsSA pic.twitter.com/1UGVpWitma