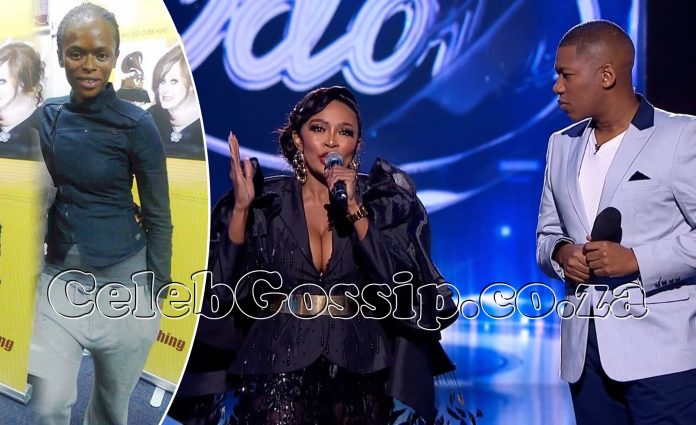 Idols SA is one of the most prominent talent-searching reality shows in Mzansi. The show is based on discovering upcoming stars and developing and naturing them into professional musicians.

To make the reality talent show attractive, Idols SA’s management usually offers a grand prize of money, cars, gadgets, and tokens. However, Mzansi has been trolling Idols SA for producing cheap winners who will be Tik Tok stars without a promising career.

The trolls were sparked when Mzansi compared the show’s season 18 contestants to the one from season 16. Mzansi pointed out that Idols SA winners are useless stars who are not making waves in the entertainment industry compared to the Qwabe Twins, who never won but are now supper stars.

The comparisons did not end with Qwabe Twins, but Mzansi also mentioned Mmatema Moremi, who won the hearts of many during her reign as an Idols SA contestant on season 11. Mmatema Moremi never won, but she is now a famous gospel singer.

Many Idols SA contestants could not secure the grand prize and are taking the entertainment industry by storm with their melodic vocals.

On the other hand, they are bonafide vocalists like Yanga Sobetwa, who was the champion on Idols SA season 14, and her career ended there without dropping her original songs.

Rumours have it that Yanga is struggling to make ends meet, and the medal from Idols SA is not settling her bills. As of late, she is a Tik Tok star with less than 120k followers.

Another example is Amanda Black. Amanda – then using her given name Amanda Antony – only finished seventh in season 11, but two years after that run she won three SAMAs for her ‘Amazulu’ album! They included Best Newcomer of the Year and Best Female Artist. She won two Metro FM awards in the same year and was nominated for a BET and a DStv Mzansi Viewers’ Choice Award.

Amanda says nobody likes to lose and even though she was really disappointed, it wasn’t the end of her music journey.

“If I had won Idols, I wouldn’t be where I am today. It was a huge blessing in disguise for me not to win the competition. Honestly, if you take a look at some of the Idols winners, they are far from reaching the peak of their careers, while some have faded”

Another example is 2016 Idols SA winner, Noma Khumalo. Going back to her teaching career was much better than selling her album for R5, because that was a huge disgrace to the music and showbiz fraternity.

Noma was once rumoured to be suffering with depression allegedly because her music career was not going well. She refused to talk about the reports that her debut album was spotted selling at R5, insisting that’s in the past.

Songbirds, the Qwabe Twins (Viggy and Virginia) were thrust into the limelight when they joined Idols SA season 15. The twins would drop mouth-watering performances each time they were on stage, and they were later separated to perform solo songs, putting the competition on ground level.

Their separation did not negatively affect them as they continued bringing fantasy to the stage. However, things turned unexpected when Virginia was eliminated from the top five show. Viggy withdrew from the show twenty-four hours later due to allegations of bullying and rigging of votes.

The Qwabe twins did not make it to the finals but fortune knocked on their door when they got signed by Afrotainment Records, owned by DJ Tira. After being signed by award-winning musician DJ Tira the Qwabe twins recorded their first song Hamba which became a hit song.

Since the twins hit their jackpot in the music industry, they have been dropping hits after hits. Although their career is still at its peak, they have managed to secure two awards and two nominations in three years of their career.