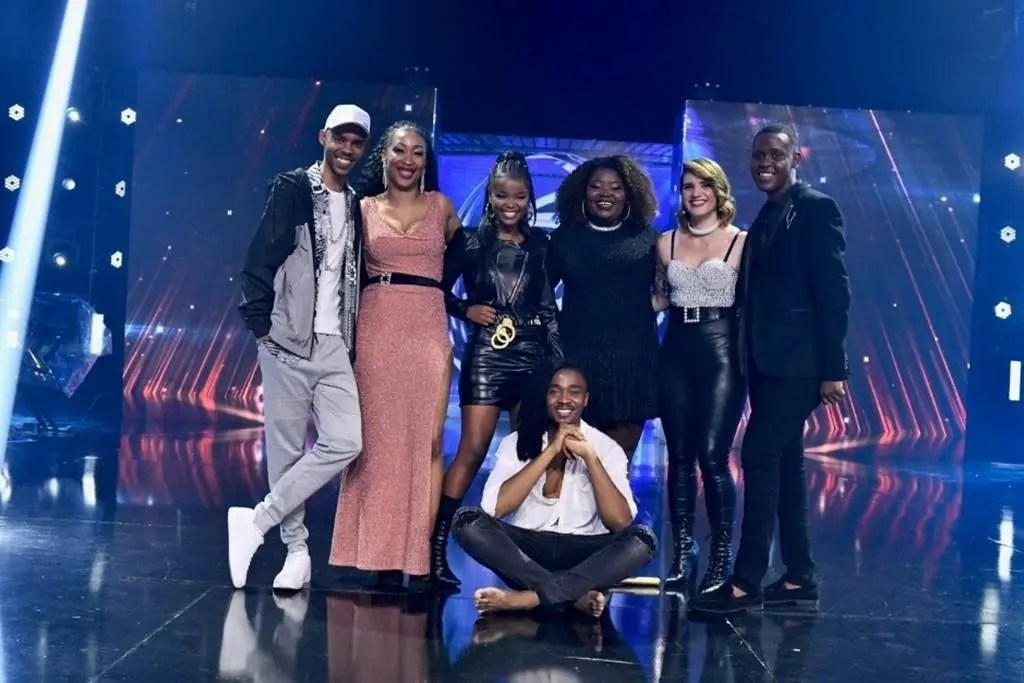 This week was the showstopper, which South Africans have been looking forward to. Viewers on social media marveled at the talent that the contestants showed.

Gomora actress, Thembi Seete was this weekend’s guest judge and she was also impressed by the performances.

The episode was started on a high note with the Top 7 singing amapiano hit, Bopha by Mellow & Sleazy and Felo Le Tee featuring DJ Maphorisa and Young Stunna. And they were happy to find out no one was getting eliminated this week.

Their votes from the past week will be added to those from this week.

It was a spectacular affair from the very first performance, by S’22Kile who performed Beyoncé’s Dance for You.

Unathi Nkayi commended Sia Mzizi for picking himself up after last week’s performance, which wasn’t great and he sang a cover of De Mthuda’s John Wick.

Karabo soulful performance of Aretha Franklin’s Respect had Thembi amazed at her voice, while Unathi took a bow for Daylin Sass’ rhythmic performance of Black Coffee and Usher’s LaLaLa.

Berry, whose performance was dubbed the performance of the night by most on social media sang Christina Aguilera’s Something’s Got A Hold on Me. However, the judges didn’t feel the same, Randall wasn’t happy with it.

All three judges were, however, in agreement about the last two performances. Nqobie sang Dance Like We are Making Love by Ciara, which, for a second week in a row, left Randall with nothing more to say but “You can sing, whoa!”

Kevin, who also impressed Mzansi, had another great week and closed off the show with We Dance Again by Black Coffee and Nakhane.

The elimination round continues next week.