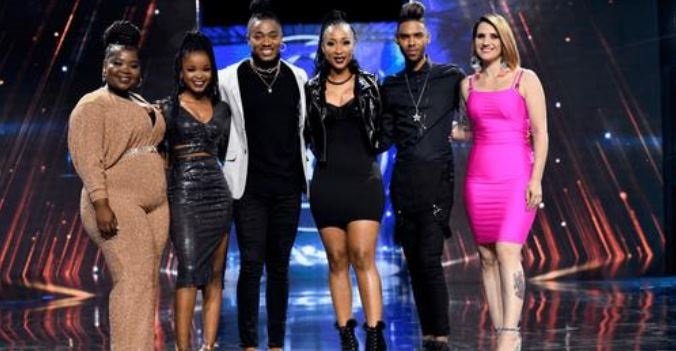 Idols SA is coming to an end, as the top 6 performed two songs each Sunday nights, 17 October episode.

This week, the double performances debuted and the top 6 gave it their all. It was a sad day for Sia Mzizi who was eliminated.

Music boss, Oskido was a guest judge for this week’s show.

Berry kicked off the episode with a powerful performance of Amanda Black’s Power, making South African women proud. She sang Katy Perry’s Dark Horse for the second round.

Kevin followed with another great performance of Ubomi Abumanga by Sun-El Musician and Msaki. He then came back with Bon Jovi’s It’s My Life.

Nqobie sang Zonke Dikana’s Feelings and got a nod from the Zonke herself. She followed it up with Pink’s Please Don’t Leave Me.S’22Kile sang Ntyilo Ntyilo by Master KG featuring Rethabile Khumalo and proved to herself why she made Top 6. She then delivered a sassy version of Adele’s Send My Love.

Karabo Mathe had another great week with Mafikizolo’s Ngeke Balunge. And she surprised people by adding some vernac to her rendition of Pink’s Perfect.

Daylin Sass closed the show with Lira’s Something Inside So Strong and showed off his voice with a sexy delivery of Zayn Malik’s Pillow talk.

The voting lines are open now.