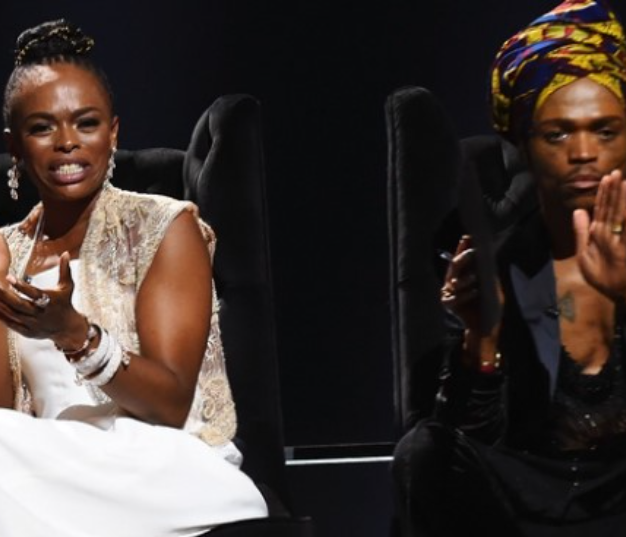 Media personality Unathi Nkayi has unfollowed Somizi Mhlongo on Instagram and has stated they are not friends.

Following news that R. Kelly had been found guilty on all counts in his sex-trafficking trial, the radio host took to Instagram to issue a stern warning to her friends.

“To ALL my friends who think you’re going to CONTINUE playing R Kelly in my presence.
“TODAY IT STOPS. No more philosophical B*LL SHIT about you separating the genius from the MONSTER.

“It STOPS TODAY HMKAY……unless you LOVE being a trigger,” she said in a caption accompanied by a picture of R Kelly.

Some of the star’s followers did not take too kindly to the post and accused her of having double standards and being a hypocrite.

Unathi hit back, saying she was not their friend.

She replied to a number of people who asked her the same question, making it clear they were not friends. 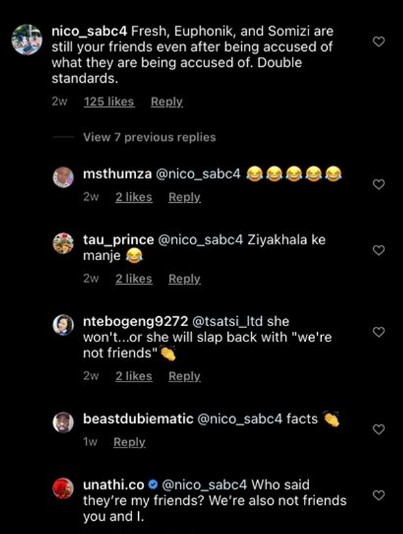 One Instagram user even asked if she was friends with Jub Jub, to which she said she was not.

The duo, who worked together on “Idols SA” before Somizi vacated his judging seat a few weeks ago would often post videos and images of each other while working together and would be seen out together socially.

In August, MultiChoice announced that Somizi would no longer be featured on the current season on “Idols SA”. 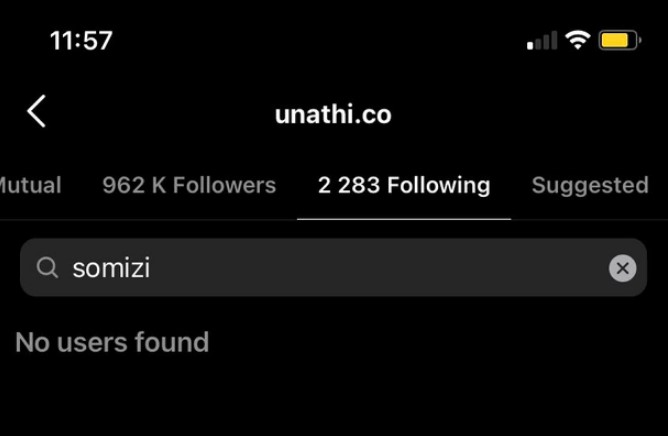 This comes after allegations of abuse were levelled against him by Mohale.

“M-Net and Mr Somizi Mhlongo met to discuss his role on ’Idols SA’ in light of the allegations made against him.

“We have reached a mutual agreement that Mr Mhlongo will take some time off to deal with his personal circumstances until this matter has been resolved.

“Viewers will still see Mr Mhlongo on their screens until Sunday, August 22, 2021, as the audition shows for ’Idols SA’ were pre-recorded,” read the statement from MultiChoice.

Allegations of abuse came to light this week as it was reported that Mohale had accused the “Idols SA” judge of abuse in an interview Mohale apparently did with producers of the reality show, “Living the Dream with Somizi”.

Mohale told producers Somizi allegedly tried to kill him with a kitchen knife and hit him off the road with his car while he tried to flee.