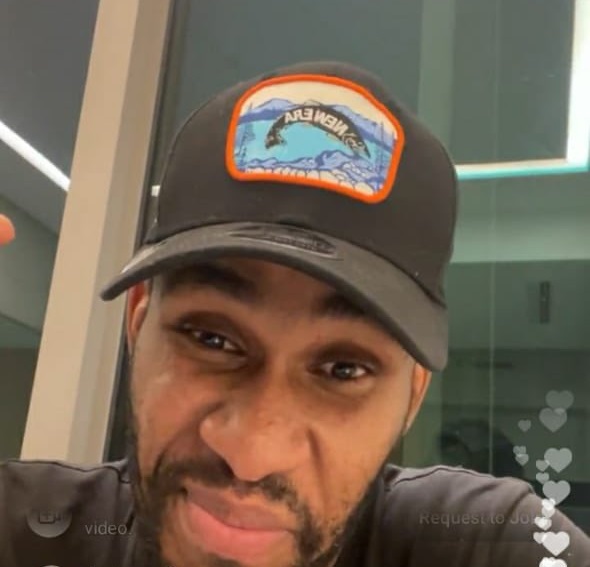 Khanyi Mbau’s boyfriend, Kudzai Terrence Mushonga, appears to be relieved as his “sweetheart” is back home in Johannesburg. But he’s also questioning everything that transpired between the moment he apparently dropped her off at a salon in Dubai and when she landed in Joburg.

Mushonga shared a video on Instagram in which he vents, but also makes sure to let his “sweetheart” know he still loves her.

After hours of searching for Mbau, Mushonga told his social media followers on Tuesday evening that she had just texted him to let him know she had landed safely in South Africa.

Happy ending?
It is good news that Mbau made her way back home safely, and she confirmed that on her Instagram page with a video of her boarding a flight to Joburg, and a picture of her at her father’s grave.

“Dear Dad. It gets real up here. Thank you all for your texts , messages and genuine concern. I am home, safe and okay,” she wrote. 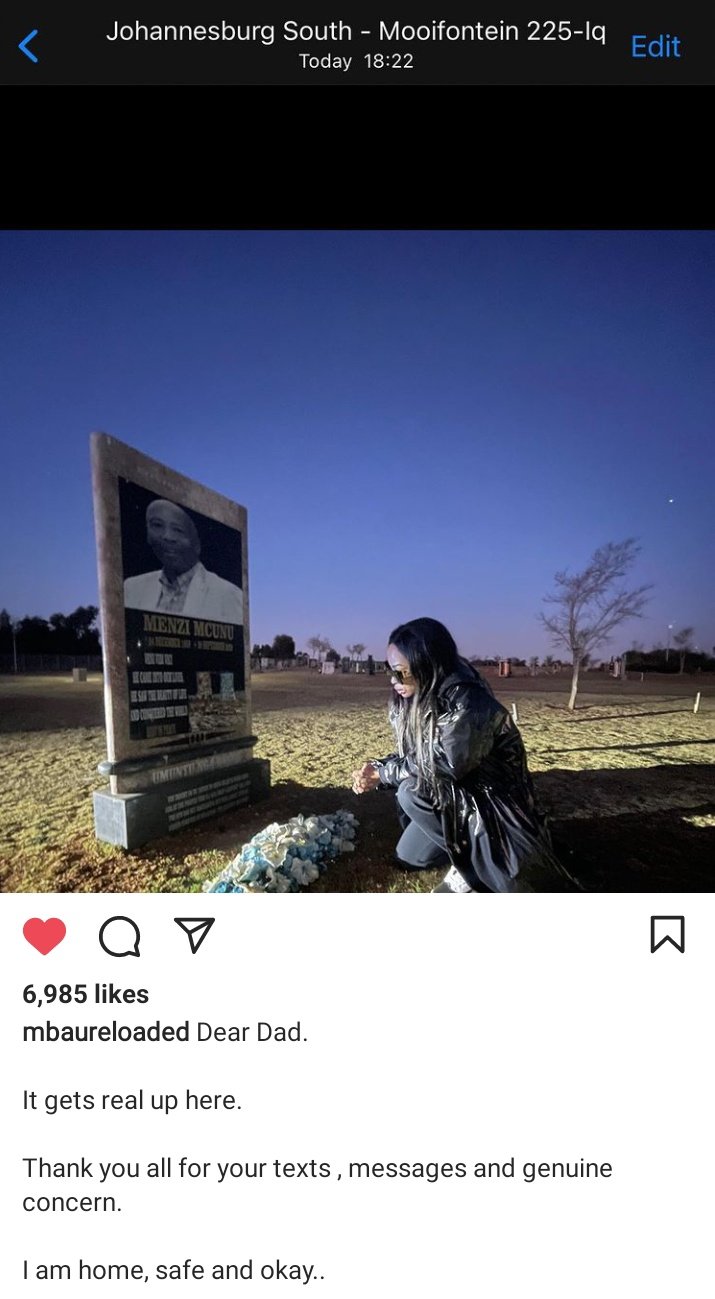 However, there seems to be more to the story and Mbau’s brother Lasizwe almost spilled the beans in the comments section of Mushonga’s Instagram live.

“Not everything is about you. Do remember what happened that morning. You don’t want me to go there. Stop this,” said Lasizwe. 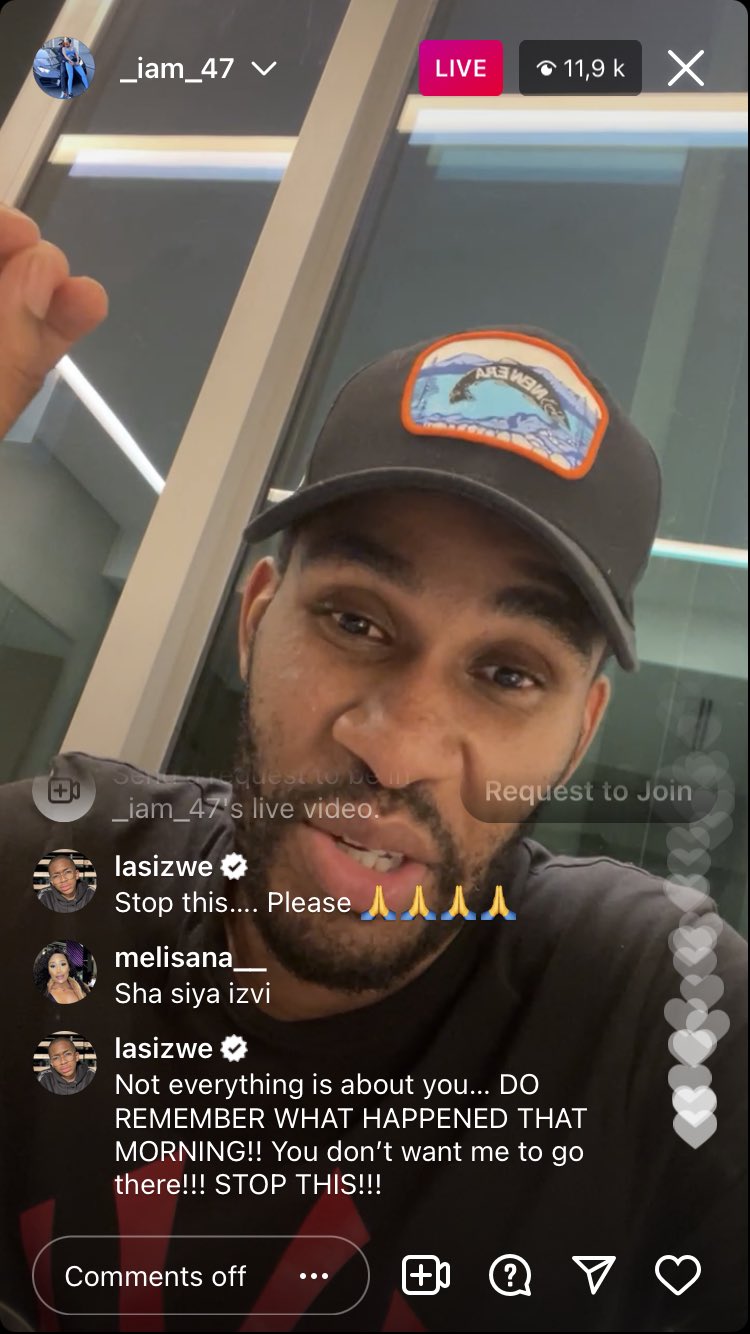 However, there seems to be more to the story and Mbau’s brother Lasizwe almost spilled the beans in the comments section of Mushonga’s Instagram live.

“Not everything is about you. Do remember what happened that morning. You don’t want me to go there. Stop this,” said Lasizwe.

“After all we’ve been through together, I don’t know if this is the part where we’re breaking up or there was something urgent that I didn’t have to know. So all this time I’m going crazy, my own girlfriend is on a flight back to Joburg. We didn’t fight, we didn’t argue the same day that she left. I thought I’m just honestly sending a message. I should have known …things that I did just to make my woman happy, I don’t know if this is love, but if it’s love, it hurts,” said Mushonga.

He claimed the plan was for Mbau to use her skills to make money in Dubai because he felt she was not getting the money she deserved in her home country.

But now he does not understand why she apparently just packed her bags and left Dubai without informing him.

“Everything I had, I shared with you. I thought I was bringing you to Dubai so that we can be global, I said babe, South Africa is crowded, you don’t make that much, how about we go somewhere and just try? I registered a company in Dubai, with Khanyi as a 51% shareholder and she came up with a name. The plan was for her to do her social media stuff while I just do my regular work,” he said.

“It cost more than R100k to register a company and I paid for that even if I was fighting with my friends. First class, it’s on me baby. You should have just let me know. Was I really that bad to you? How many things of my own did I sacrifice just to … I should have listened to my mother. I never lied to that woman. She’s the first lady I never cheated on.”

Watch his video below: